Los Angeles, October 2014: Merging Technologies announces that its future 3D panning and mixing engine, to be incorporated in the next release of software for Pyramix and Ovation, will work seamlessly with Auro-3D® creative tools. This new partnership with Auro Technologies means that this panning and mixing engine will allow direct import of Pyramix files to the Auro-3D® encoder, and that the plug-in decoder can be used with Pyramix to monitor the Auro-encoded stream.

Immersive or 3D audio is hitting the headlines everywhere with daily announcements relating to cinema, consumer, broadcast and even live sound. Merging Technologies has been alert since months to these developments and the trends most affecting their client base. Auro-3D® is already a reality in D-Cinema with a strong theatre install base worldwide and leading post-production studios equipped with the Auro-3D® studio system, as well as in other segments such as home entertainment, gaming and automotive. Moreover, a variety of Auro-3D® recorded and remixed music on Pure Audio Blu-Ray has been released, from classical releases from 17-times Grammy nominated audio engineer Morten Lindberg to Mando Diao’s new rock album and an exciting immersive audio-visual album from the German band, Lichtmond. With more releases on the way, now being mixed at studios such as Wisseloord and Galaxy, improving the creative workflow was an obvious priority. Since many of these productions are being mixed and mastered with Merging’s Pyramix, smoothly integrating an immersive panning tool with the Auro-Codec® technology is a logical step to take. Pyramix files can be imported directly to the Auro-Codec® Encoder and the Decoder plug-in can be used with Pyramix to monitor and QC the Auro-encoded stream. This significant advance is scheduled to be part of the reworking of the mixing engine which will feature in the next release of software for Pyramix and Ovation.

The 3D panner is suitable to work with any format of object or channel based audio and in parallel, Merging is involved with a number of national broadcasters that are evaluating technologies to bring immersive audio into the home. Standards bodies such as the EBU and SMPTE are also looking at ways to bring some more order and clarity to the confusing situation that prevails at the moment and Merging is following these developments carefully and will be ensuring that its technology can be used in any circumstance.

The company’s Ovation Audio and Event Sequencer can already output and control multiple audio channels but the ability to be able to dynamically pan sounds, live or in response to pre-programmed cues, to an unlimited number of speakers arbitrarily placed in a 3D space, will bring exciting new possibilities to the innovative and more immersive public events now being designed.

Merging’s Head of Software Development, Dominique Brulhart opined; “We looked at the various panning solutions available and the way the different formats were evolving. Having our own specific needs for film post-production, TV post-production, live shows and high resolution immersive recording, it was pretty clear that we had to do more than just design a 3D panning tool. We decided to implement our own pretty revolutionary 3D panning and mixing engine. In parallel, knowing that Auro-3D® addresses post production, recording and live sound and already has consumer decoders available, logically led us to integrate with this technology at the earliest stage of our development so that the complete Auro-3D® Creative Tool Suite will be available immediately upon the release of Pyramix 10. Opening up creative possibilities and addressing the high-end audio market perfectly matches our philosophy.”

Wilfried Van Baelen, CEO of Auro Technologies and inventor of the Auro-3D® format commented; “As I have always been a fan of Merging’s expertise and quality, we are delighted that Merging have been able to align their new panning and mixing engine with the Auro-3D® Creative Tool Suite. Being able to work seamlessly across Pyramix and Auro-3D® will allow more creativity and a smoother workflow. Creating amazing sound in 3D has never been easier!”

Auro Technologies is the creator of Auro-3D® which is revolutionising sound for cinema, in-car and home entertainment. Check out their website for more fascinating facts: www.auro-3d.com 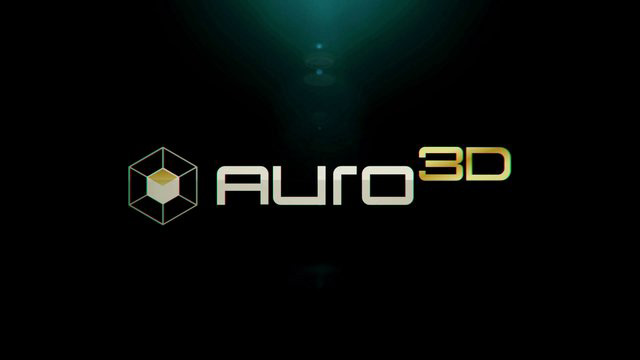