Nestled in London's leafy west, Stationhouse Post is an oasis for those seeking to escape the hustle and bustle of London's media driven west-end. A 15 minutes tube ride from Soho brings you to the Olympia Conference Centre, small streets peppered with cafés, tiny bistros, relaxing parks and the home to one of London's stalwart Studios...

Nestled in London’s leafy west, Stationhouse Post is an oasis for those seeking to escape the hustle and bustle of London’s media driven west-end. A 15 minutes tube ride from Soho brings you to the Olympia Conference Centre, small streets peppered with cafés, tiny bistros, relaxing parks and the home to one of London’s stalwart Studios.
Centred around a Dolby certified mix room designed by the great Roger Quested, the studio boasts an additional 2 edit rooms, with a dedicated ADR/voiceover booth, lounge and views from the windows overlooking the parks in the area. And, to our great pleasure, each edit and mix suite is outfitted with Pyramix. 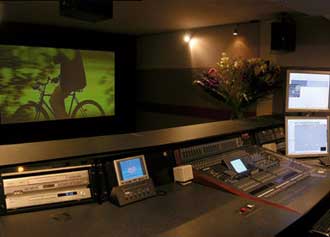 The setup and kitting out of the studio was left to the decisions of owner and chief dubbing mixer, Jim Betteridge. A well-known face in the UK’s post-production community, Jim has over 20 years’ experience in audio including sound design, editing and mixing for film, TV and radio, plus music composition for feature films, over a hundred children’s productions and more than a hundred radio and TV commercials. And, as a member of the Institute of Broadcast Sound and a Council member of the Association of Motion Picture Sound, he is well placed to know what it takes to get the job done right.
We met up with Jim in his main dubbing room to find out why he decided to go with Pyramix from Merging Technologies.
Jim has been a Pyramix user for ages now. Originally upgrading from his old AKAI DD series editor in 2003, he took the leap to Pyramix because of the word that had been on the street..

“I’d heard great things about its speed and flexibility and the high level of personal support”. 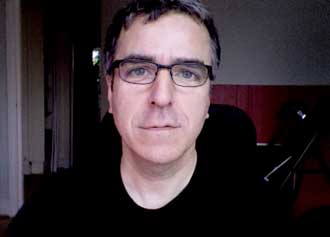 He started working with the system as an editor and recorder and ran a DM2000 as his main mixing and summing tool. And work they did.

“Like most studios we’re unlikely to turn down anything legal but our time is generally split between TV docs and dramas, lower budget features and commercials and trailers. “

After a couple of years though, Merging released the MassCore Engine., and this has had huge ramifications for Jim’s operation. With a 96 input desk, he had been limited to a relatively small number of replay strips to be able to premix anything of a larger scale. So, larger format features and Documentaries were something that couldn’t be worked on, even though his Dolby certified room was sonically capable. So, when Jim made the leap to MassCore, a new world was opened up for him and his studio.


“The first TV series we did in HD suddenly upped the ante in terms of channel count and the complexity of deliverables and tipped us over the edge into mixing in the box. With the power of MassCore and a good dose of help from Merging UK, we designed a desk that allowed us to have as many tracks as we needed and to produce the lion’s share of 5.1 deliverables in one pass. Also, a new feature of Pyramix v7 is the ‘shared mixer’ which has been very useful when working on documentary series. Here you can have several episodes of a series open at a time all sharing the same mixer thereby allowing you to instantly switch between them to steal effects, snippets of replacement VO etc from other shows to build up the current one without waiting for mixer settings to load. “

Now, it seems that his DM2000 has become more of a remote controller than anything else, and the huge power of MassCore is being used not only in the mix process, but also in the deliverables stage..

“Increasingly everything is in-the-box and the DM2000 is a simple controller also providing I/O for monitoring, etc …. One of the great things with Pyramix is the faster-than-real time rendering. When there are a number of different formats or mixes to deliver by tomorrow morning it’s great to be able to set a number of machines crunching away up to x-times real-time and not have spend your evening waiting.”

In addition to all this, Jim has found that the special, built to purpose, post-production features of the system are indispensible when it comes to making fast work of some recent projects coming through the Stationhouse.

“Recent work has included dialogue editing for a popular TV sci-fi series where the speed and flexibility of the Pyramix editing toolbox is so great. We also needed to reversion a documentary series and called into play the Reconform facility that allows you to take a changes edl from the picture editor and apply it to the original multitrack Pyramix project – and that comes as part of the standard package, no extra expense! To add to that, Pyramix has great machine control as well – a single Mykerinos (Merging DSP card) machine can control four 9-pin machines if necessary. So the first time we saw an SR machine we just slipped it into the rack, hooked it into the AES/EBU patchbay and the tri-level sync, plugged up the RS-422 and it all worked perfectly. We’ve even been able to drop-in on the Dolby E stream for those 11th hour legal changes to VOs.”

Beyond all this though, Jim has found one of the most reliable and useful things about working with Merging Products has been its UK representative.

“Working with eMerging is more like it used to be with banks when you had a personal relationship with your branch manager and could rely on him to help you out in a sticky situation. Normally, assuming you’ve bought the support pack, you can call up and immediately get some proper help over the phone. Failing that they can take remote control of the machine and get deep into the menus themselves. If all that fails there’s a good chance they’ll have a machine or board or system drive they can swap out to get you back up and running. I’ve been extra lucky in having one or two of the support guys living close to the studio so they could drop in on their way through.”

Well, you can’t say it better than that.

If you want to learn more about the Stationhouse, Click the link to check out their website: www.stationhouse.net