There is nothing more satisfying for a manufacturer of audio equipment than to collaborate at a live event with distinguished users of its equipment. The occasion of the High End Munich show of 2019 became a great example, as we not only got to preview a remarkable album and get to hear about how it was made, we also got to meet a very distinguished musician who ended up participating in a live listening session in the large surround demonstration room. There has been a remarkable change in the world since then and the 2020 Munich event was cancelled along with almost all the trade shows and live events for the remainder of the year. The more remarkable aspect of the COVID-19 global lockdown has been that many recording projects have still continued and perhaps the quality of the “home studio” has improved beyond all measure. The same holds true for the remarkable Jim Anderson and Ulrike Schwarz.

The studio in their home in New York has been dubbed “Studio L” and, as can be seen, Pyramix and Horus have been imported to the living room which has been set up for stereo mixing. Despite the compromised space and acoustic treatment, there have been no compromises in the end results. That should be no surprise when considering the experience and track record of this pair. Jim Anderson is an internationally recognized recording engineer and producer of acoustic music for the recording, radio, television, and film industries. His recordings have received eleven Grammy® awards and 27 Grammy nominations; his radio recordings have received two George Foster Peabody Awards and there have been two Emmy nominations for television programs. His 5.1 surround remix of Patricia Barber's album "Modern Cool" won the Grammy for Best Surround Recording at the 55th Grammys and his 5.1 surround recording of Jane Ira Bloom's "Sixteen Sunsets" was nominated for a Grammy at the 56th Grammys. Jim's 5.1 mix of Jane Ira Bloom's "Early American's" won the Grammy for Best Surround Recording at the 60th Grammys. He is a Professor of Recorded Music at NYU's Clive Davis Institute of Recorded Music.

Ulrike Anderson, née Schwarz, is a sound engineer and producer of acoustic music in the radio, television and recording industries. Her recordings have received multiple German and international nominations and awards. Her recordings have received two Echo Klassik Awards, Preis der Deutschen Schallplattenindustrie, Ars Acoustica, Diapason d’Or, a Grammy Nomination and many others. She has recorded and live broadcast over 50 orchestral projects with the Bavarian Radio Symphony Orchestra and Choir in 5.0 surround sound. She has been producing symphonic projects with the Stavanger Symphony Orchestra, Norway, in 5.1 Surround sound and in 11.1 Immersive 3D Audio. Their latest project, Gisle Kverndokk’s “Symphonic Dances” was nominated for Best Immersive Album at the 61st Grammy Awards.

The recording project that brought everybody together in Munich was the latest album by Patricia Barber entitled “Higher”. Barber is a singer, pianist and composer that has been part of the Chicago jazz scene for many years. She is renowned for the vivid imagery of her lyrics and her masterful piano playing. She is also a person that likes to record in a similar way each time and work with people she knows. The partnership with Jim Anderson has proven highly successful, so that was an easy choice to make, but the intention was to release this album in several different formats and that included a high-resolution version in DXD. Patricia Barber is used to working with Pro Tools at 24/96 and is used to the sound and look of it, so the decision was made to record with Pro Tools and Pyramix simultaneously at the Chicago Recording Company. Pyramix was set up in the background on a custom laptop with Ulrike in charge and all the punch-ins were matched. The mic channels came from John Hardy M-1 analog pre-amps into Horus and then to the Pro Tools and Pyramix. All studio playbacks were from Pro Tools to maintain the normal conditions for the artist. Barber and her trio prefer to play live and keep the overdubs to a minimum, with the exception of some of the soloists and once the tracks are completed, she prefers to turn over the mixing and mastering sessions to her trusted engineering team of 28 years.

We were privileged to have Ulrike and Jim bring an advance copy of “Higher” to Munich and give an insightful presentation on the making of the album. Even more fortunately, the renowned soprano saxophonist, Jane Ira Bloom was participating with another company in the same show. She has also worked extensively with Jim and agreed to participate in a 5.1 playback session in the large “Music Without Limits” room at the front of the halls. Some live playing morphing into a very immersive audio experience was something very special for those in the room at the time.

Fast forward to June 2020 and in addition to the stereo download version, there is also a vinyl album that was mastered in February 2020 by Scott Hull at Masterdisk who agreed to cut from the DXD master using Ulrike’s Hapi. It also finds Ulrike and Jim locked down in New York. The living room studio has been constantly busy and Jim is continuing to teach three days per week. A new album with Franco Ambrosetti, a Chinese movie project and a mix for a client on the West Coast. Ulrike has been working on a continuation of a project with Stanley Drucker, the celebrated former principal clarinettist of the New York Philharmonic Orchestra and a fund-raising CD for her local church which was recorded in multiple locations featuring soloists from a military band and Jane Ira Bloom amongst other. The quality is surprisingly good by virtue of sending a binaural microphone that plugs directly into a smartphone to all the contributors. Rather fortunately, they had moved a surround mixing project at Skywalker Sound from mid-March, 2020, to February. This was to mix the second volume of music recorded at the same time as Patricia Barber’s “Higher” and one additional piece of equipment was added for this mix. A MERGING+CLOCK U was used to provide the master clock for the Pyramix DXD source. The first thing that grabbed the attention was the incredible stability of the sonic image and the ability to work far longer without any fatigue. And very quickly it was realised in mixing that much of the outboard gear that would normally be used, could be removed. More revelations emerged soon after when Ulrike arrived at Gateway Mastering to finish the project. The mixes had been recorded to analog tape, as well, which can usually be relied on as an audiophile reference. The comparison between the DXD Pyramix mix and the analog tape was sufficiently dramatic for Bob Ludwig to wonder if the machine had gone faulty. Apart from a surround playback session in New York City in March, this was the final pre-lockdown outside session. The plan is to release this album in surround before the end of August to catch the Grammy nominations. Physical media versions will be held back until 2021 as will several projects that were scheduled across the summer, which include a major Hollywood movie and another 3D audio album with Jane Ira Bloom scheduled for November 2021 release.

Why Pyramix and why DXD? Ulrike explained that when she was working in Bavarian Radio, the workstation specified by the German broadcast working group was Sequoia. She was already involved with surround projects as early as 2003, so when it was time to move on from Munich, she looked to see what others were using. Her friends at Teldex were using Pyramix and she found that the US market was almost a Pyramix lockout and many of the users were using sample rates that were beyond what could be recorded with other workstations. Thus, she introduced this technology to Jim who was quick to appreciate the inherent advantages. The unexpected benefit has been the user community that supports Pyramix which has led to friendly cooperation internationally. Almost any issue can often be solved by phoning Dan Shores, Morten Lindberg or any of the other experts, even five minutes before the session starts! Jim, Ulrike and Dan Shores now swap classes and often appear together on expert panels. Bob Ludwig is also another valued partner when it comes to exchanges of ideas and technology.

DXD has been a revelation for Jim Anderson who has established a formidable reputation as an engineer specialising in jazz and acoustic music. His initial involvement with surround came from film music mixing, but his first music only project was with Patricia Barber and her album “Modern Cool” that won the Grammy and led to the two highly successful surround albums with Jane Ira Bloom.

As Ulrike summed up; “Once you start with DXD, there is no going back.” DXD does pose some challenges because much of the virtual outboard gear will not support more than 192kHz and a case in point is some favourite reverb programs that result in a second Pyramix running at the lower rate and feeding the returns into the main Pyramix. Skywalker Sound, being their favourite mixing location is also not Merging equipped, so they have to import the gear themselves in addition to moving to Marin County for the duration. They have done this often enough to have a very efficient working relationship with the studio. “However, with excellent results coming from Studio L, maybe we can challenge Skywalker to enlarge their machine park with some of our favourite units!”

Newer developments in immersive technology have also been featured recently with Dolby Atmos mixing taking place at Hollywood’s Capitol Studios and venturing into binaural using the b<>com plug-in for Pyramix. Ulrike takes up the story; “We had some demonstrations and what we heard was interesting but having a maximum resolution of 48kHz and the data compression was a bit of a disappointment. We hoped we could go to 96kHz, but I don’t think anything changed as of now. Three of our projects are available in Atmos but, on balance, we rather prefer a standard 5.1 mix in DXD to Atmos at 48kHz, although we do get the appeal of the immersive playback. The binaural testing with the b<>com plug-in was very convincing and we liked the results.”

June 2020 still finds the world facing uncertain times but what is sure is that getting back to recording live musicians in a studio is something eagerly awaited. Although we have all been surprised and delighted by some of the virtual performances that have been put online, there is no doubt that getting back to the human contact of sessions, mixing and mastering is something that Ulrike and Jim are eagerly anticipating. 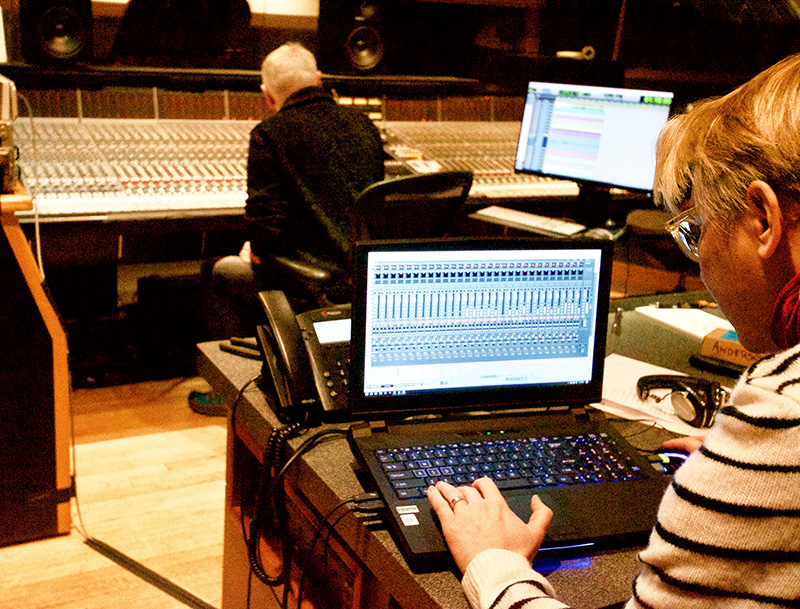 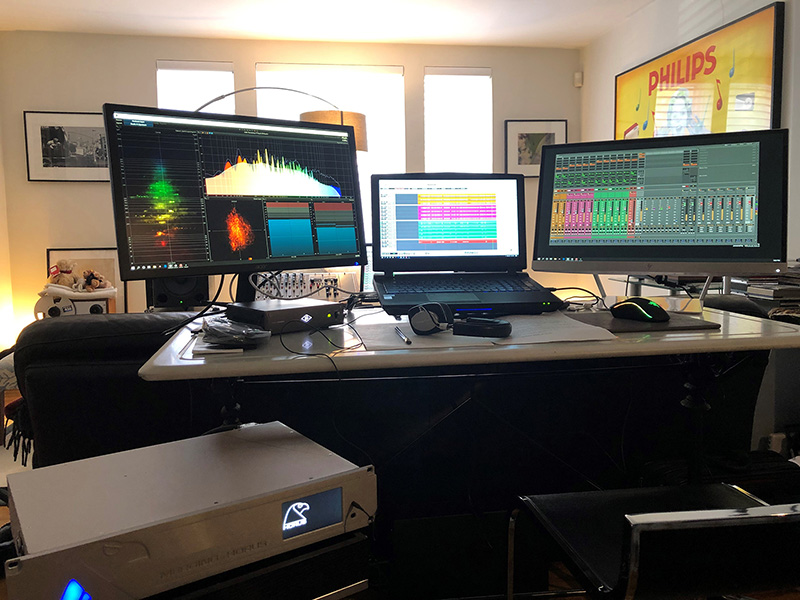 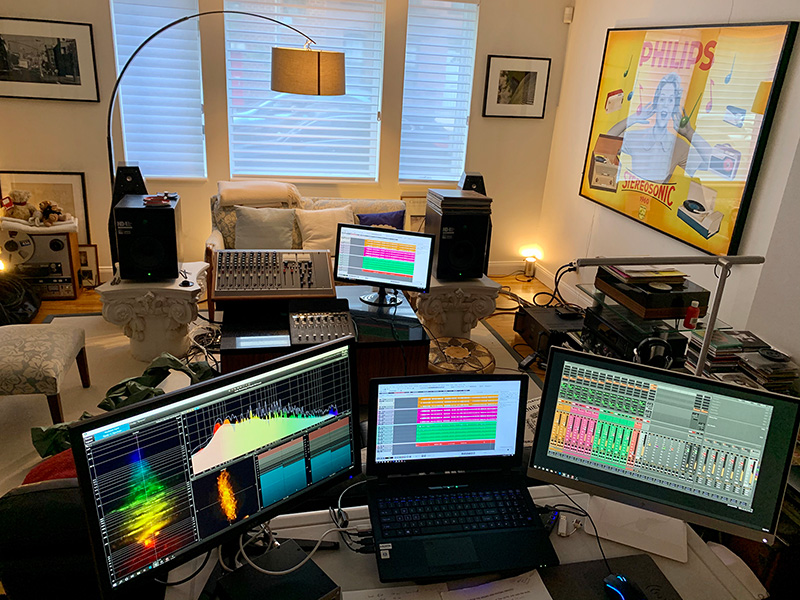 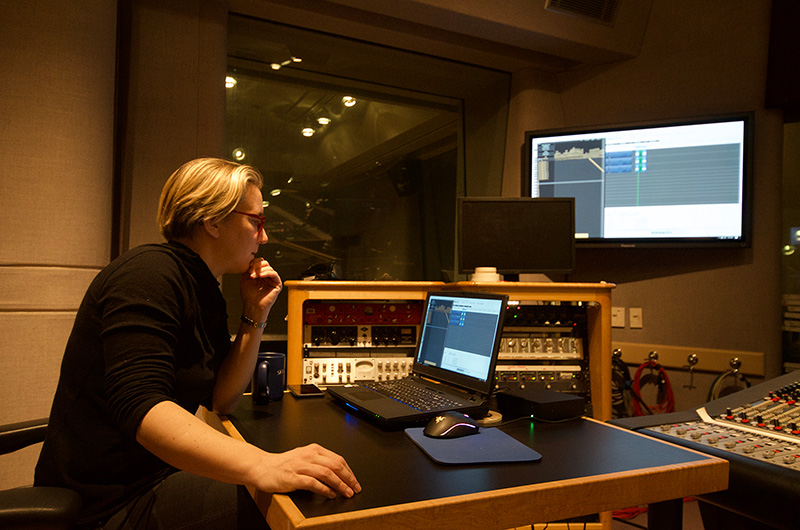 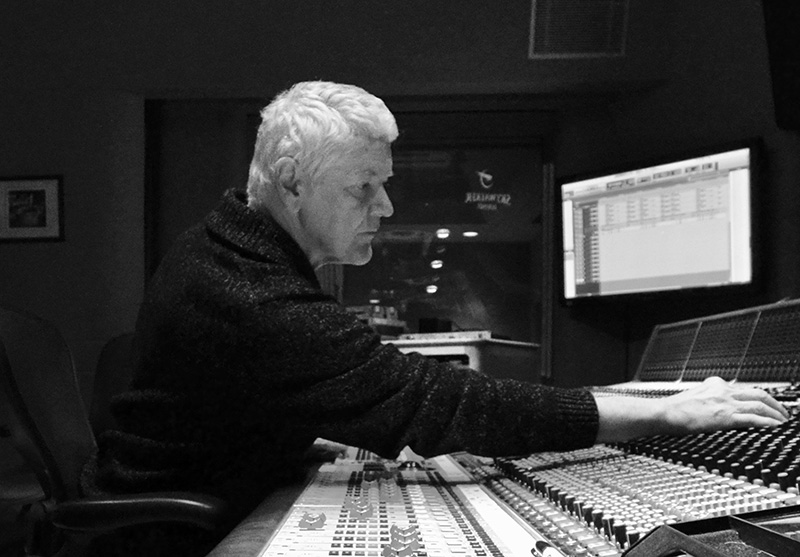 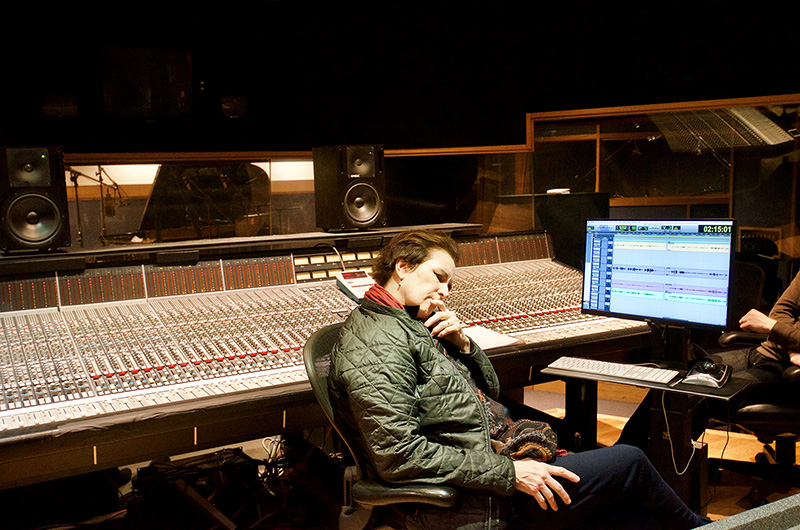 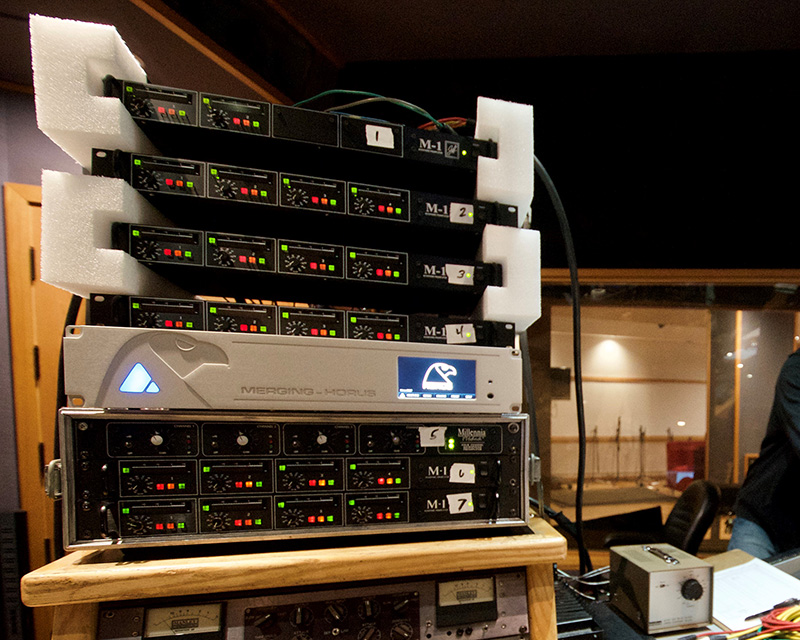 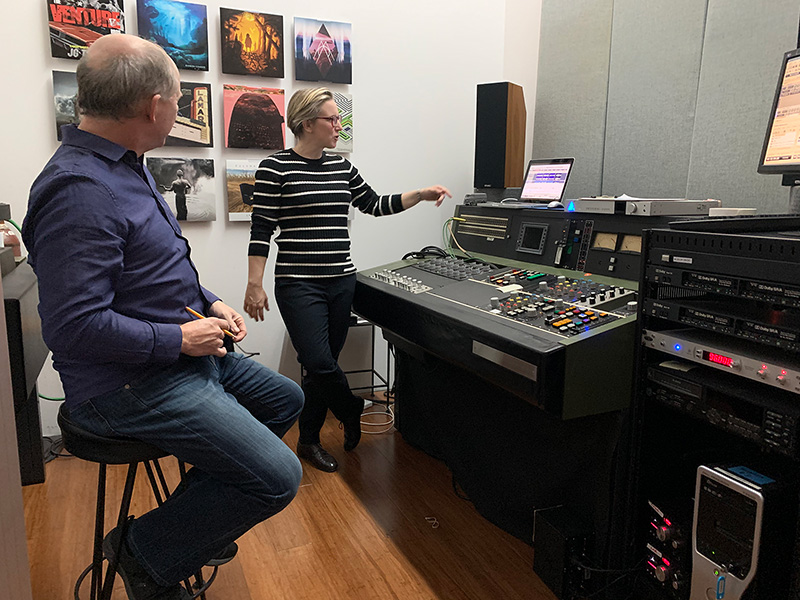 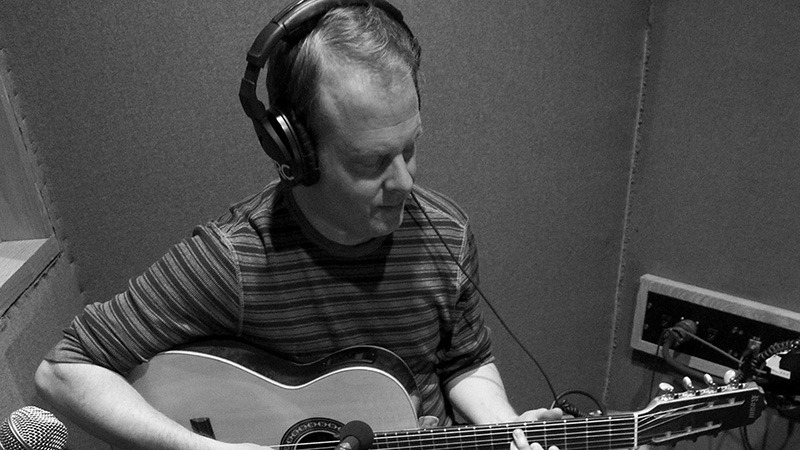 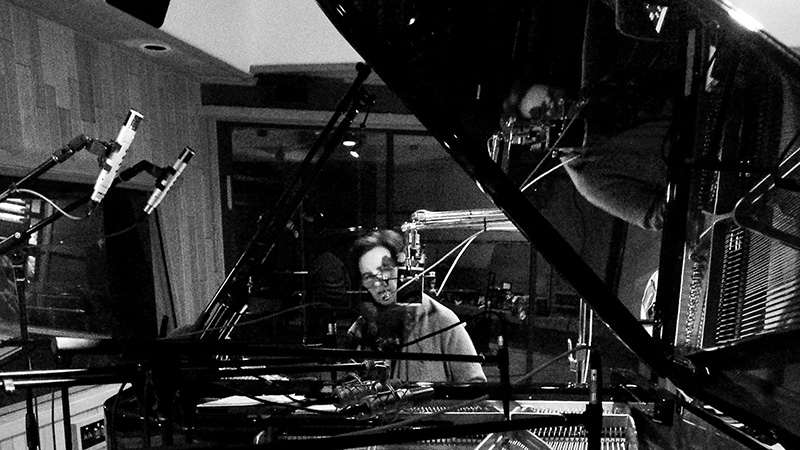 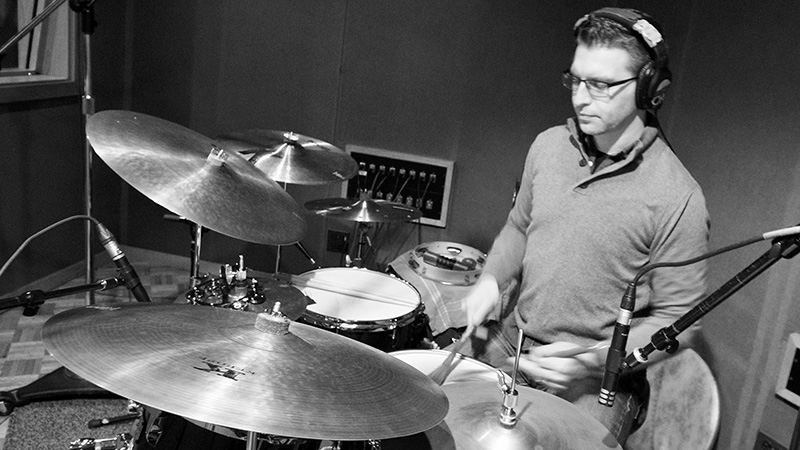 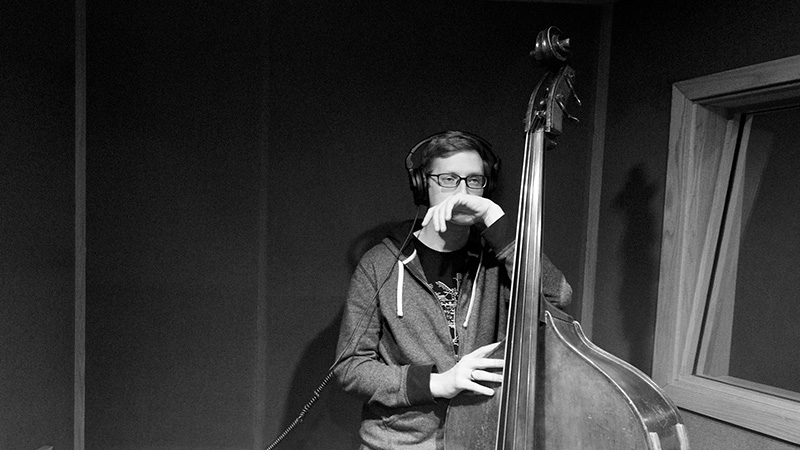 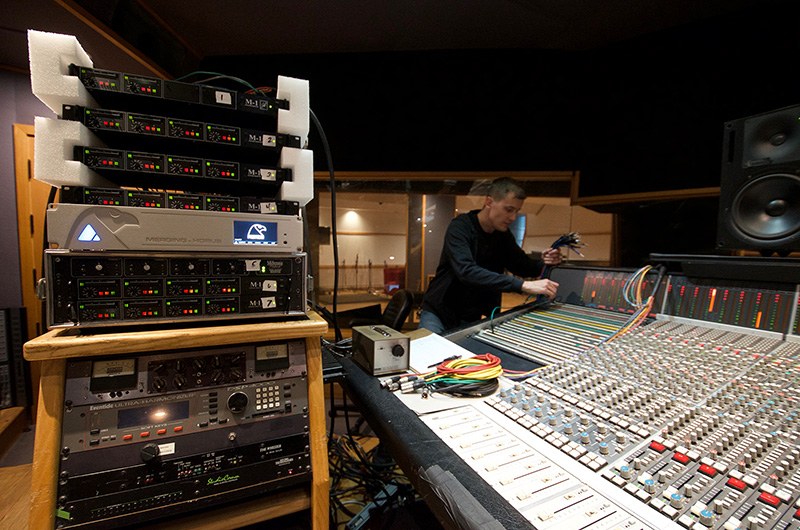