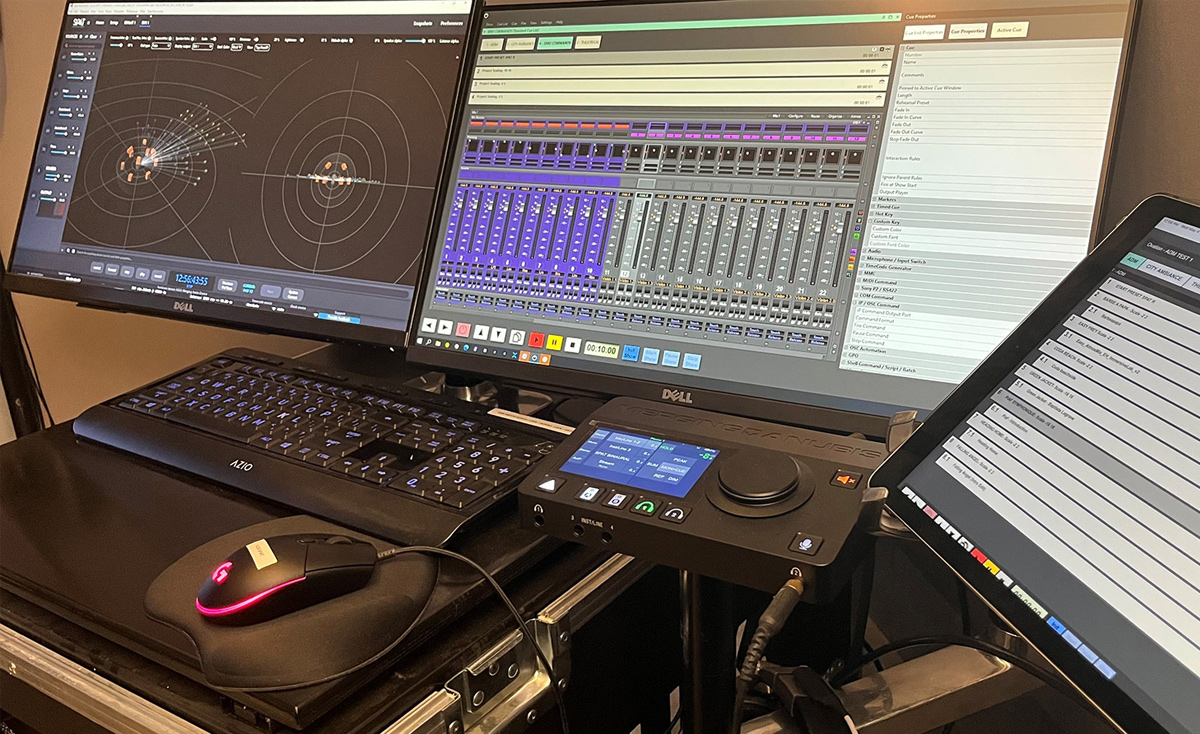 Puidoux: October 2020 - The dilemma that faces any supplier of music software is knowing what features to include in the next version. The inclusion of a Dolby Atmos workflow on the latest version of Pyramix was an easy decision to make. The first point was that Pyramix users were being asked to provide Dolby Atmos content as many of them have a considerable archive of multichannel music accumulated over years. Additionally, Merging has been enhancing its Pyramix immersive mixing options recently as the demand for different solutions increased. Any major enhancement to software needs to go through a beta phase and it is always encouraging when this process results in final productions. UNAMAS in Japan has done exactly this and we are happy to share the news, as this perfectly demonstrates the value of the new workflow and gives some insight on the diversity of the titles on offer. Although some people refer to our 25th Anniversary as Version 13, there are also those of a more superstitious nature who prefer to avoid that number!

Since its establishment in 2007, it has been enthusiastically producing high-resolution music as a boutique label, and has been making advanced 11.1 channel immersive audio productions since 2014.

The principal of the UNAMAS Label is the renowned engineer, Mick Sawaguchi, who has won the Japan Professional Music Recording Award six times in recent years. 10 out of 18 immersive audio titles were released on Amazon Music HD at the end of September 2020 in Dolby Atmos.

The Pyramix 25th Anniversary version was used with the VAD (Virtual Audio Device) employed to control a Mac based Dolby Atmos Production Suite Renderer via a RAVENNA/AES67 Network. The diagram shows how this is connected. 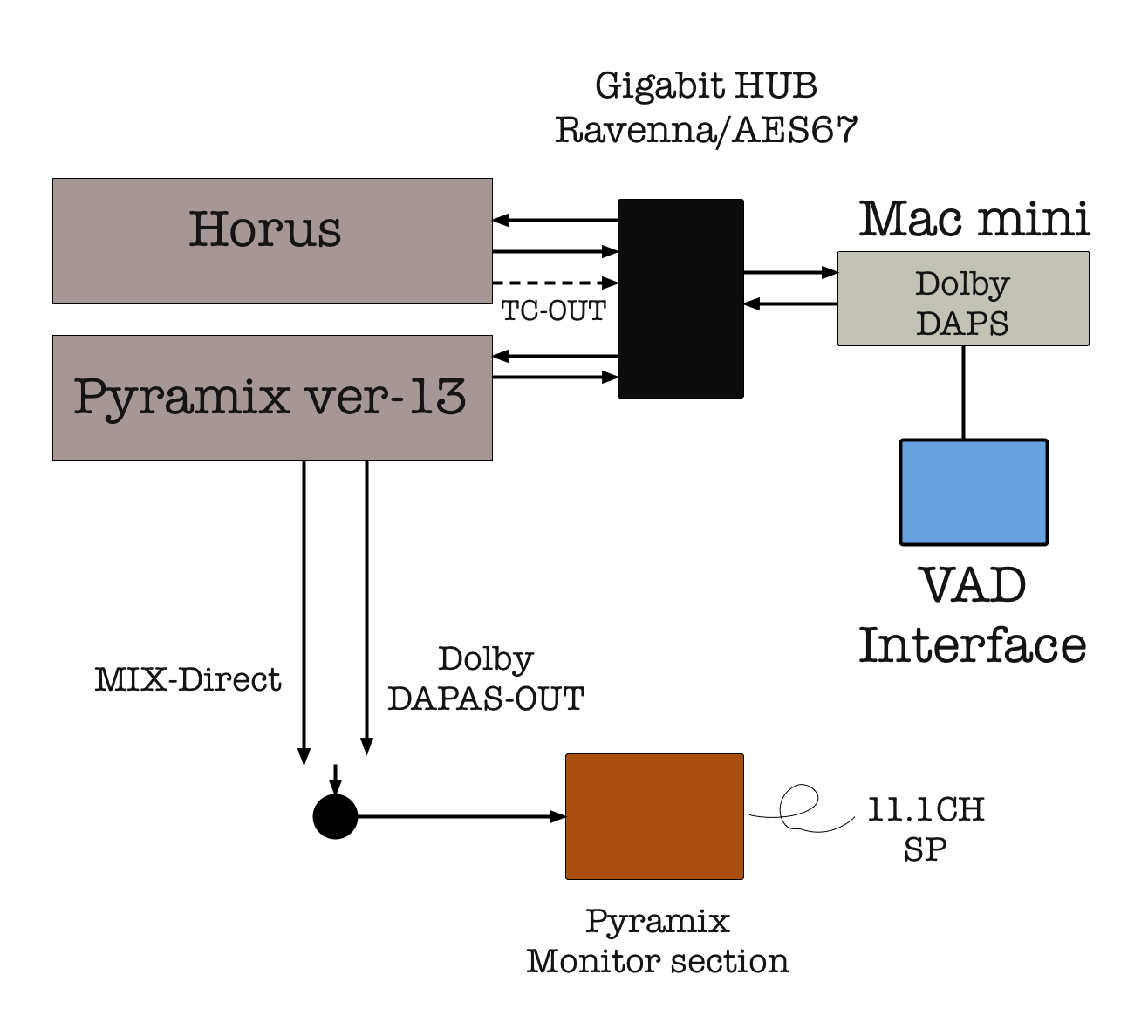 The features of the albums released at this time are introduced below:

UNAHQ 2007 - The Art of Fugue - UNAMAS FUGUE QUINTET
J.S. Bach's "The Art of Fugue" is considered to be Bach's last work and was composed between 1742 and 1749. Rather than being composed of various keys, it is a single key, making full use of different counterpoints and themes. Expressions such as chromatic scales and syncopations are also used. In order to play each instrument independently in a difficult song that requires a high degree of skill in timing and balance, a new arrangement is used that adds contrabass, making it more suitable for an immersive audio experience, using the initial reflected sound of each instrument rather than the hall tone. Plenty for the height channels.

UNAHQ 2009 Franz Schubert No. 14 in D minor - Death and the Maiden - UNAMAS strings Quintet
"Death and Maiden", the 14th work of Schubert and said to be a masterpiece of his later years. In order to take advantage of the drama and dynamics of this song, the viola part was changed to cello and arranged for two players, in addition to the two violins and contrabass.
For this reason, for the five artists, the five main microphones Spider Tree placed in the center of the circle captures the rich resonance, and the four height microphones express the immersive feeling of the hall.

UNAHQ 2010 Dimensions - Yuki Arimasa Plays Steinway D274 NO 427700 Inspired by Bach / Debussy and Beethoven - Yuki Arimasa
In order to make the most of the wonderful sound that resonates from the Ohga Hall's Steinway piano, this is composed of original performances that incorporate classical elements while remaining Jazz. The main melodies are taken from Bach, Debussy, Beethoven, etc.
These themes are combined with the same techniques as a jazz performance, progressing with free improvisation, without score or rehearsal. The tension can only be realized on the spot and captured in the beautiful space of Ohga Hall. I believe this was achieved.

UNAHQ 2011 - A.Piazzolla by Strings and Oboe - UNAMAS Piazzolla Septet
In 2016, coincident with the 95th anniversary of Astor Piazzolla’s birth, he added an oboe and arranged the Strings Septet. Produced at Japan Acoustic Engineering AGS Studio in Chiba with the intention of having a power that is different from the rich sound of the Ohga Hall. The performance of 22-year-old up-and-coming oboe player Kanami Araki who plays the lead on Movements 1, 2 and 7 and Shiori Takeda, a key member of the UNAMAS classic series who develops an inexhaustible violin solo in Movement 4, is a must-listen.

UNAHQ 2012 - P.I Tchaikovsky op-70 Souvenir de Florence - UNAMAS Strings Octet
Although it is often played with an orchestra, Tchaikovsky does not like to be heard like a symphony that summarizes the orchestration compactly, and is strongly aware of "counterpoint music in which six stringed instruments are independent and at the same time equal". The UNAMAS Label decided to reinforce the bass range by adding contrabass to the line-up which consists of two violins, viola, cello and two double basses in keeping with the intention of the composer. While taking advantage of the density of chamber music performances, the aim is to create music that is comparable to the thickness of the sound.

UNAHQ 2014 - The Touch of Contrabass - UNAMAS Strings Septet
The keywords are "Italy" and "contrabass". Giovanni Bottesini "Violin & Contrabass + Granduo Concertante by 5 Strings", a masterpiece of Italian baroque contrabass, Rossini's string sonata No. 1 in G major composed of violin 2, cello 1 and contrabass 1, and Spielberg's masterpiece "Schindler's List Main Theme" with contrabass solo - an ambitious selection of songs.
The concept of the album is "Among the roles played by classical musical instruments, there are many songs in which the contrabass is always a supporting role, but UNAMAS Label has a unified concept of album production that emphasizes low frequencies, and in this work, the contrabass is solo. It is an ambitious work that features as an instrument and pursues the rich sound of the Ohga Hall and the delicate and powerful low range of the contrabass."

UNAHQ 2015 Viva! - Four Seasons A. Vivaldi Concert NO 1-4 - UNAMAS Strings Sextet
This represents a new take on the classic "Four Seasons". This time the solo part is performed alone by a violin and the pipe organ part with a score of string quintet + pipe organ will be played on the contrabass. Resulting in a string quintet, this is violinist, Shiori Takeda's debut solo album, which expresses the emphasis on low-frequency components, which is one of the features of UNAMAS Label.

UNAHQ 4007 - Nature Whisper-Rain - Mick Sawaguchi
We live as a part of nature and everything from heartbeat to blood pressure to breathing has regularity, but we crave irregular "1/f fluctuations" ourselves. Therefore, when listening to these external natural sounds, the "fluctuation" of oneself resonates and the autonomic nerves are adjusted. As a result, the mind becomes stable. A healing album composed with a theme from the sound sources recorded by Mick Sawaguchi of UNAMAS. These are pure natural sounds in high-resolution surround to envelop you completely.

Rain sound “Even if it rains lightly or heavily, the way it rains is not constant, and it is constantly changing, becoming stronger and weaker. I felt uneasy about it, so I made it a moderate amount of rain. Some of you may have the experience of calming down on a rainy night, making it easier to read and getting a good night's sleep. The sound of rain has such an effect.”

UNAHQ 4008 Nature - Whisper-Wave - Mick Sawaguchi
Wave sound “There are various sounds of waves, but the sound of waves that repeats especially on sandy beaches has a very gentle tone. This is the same every time, but if you listen carefully, it will be slightly different for each wave. Also, the sound of waves is said to be very similar to the sound of a mother's womb. Therefore, it is said that listening to the sound of the waves gives a sense of security and relaxation as if one had returned to the womb. Here, I want you to relax with the various expressions of different sandy beaches recorded at home and abroad.” 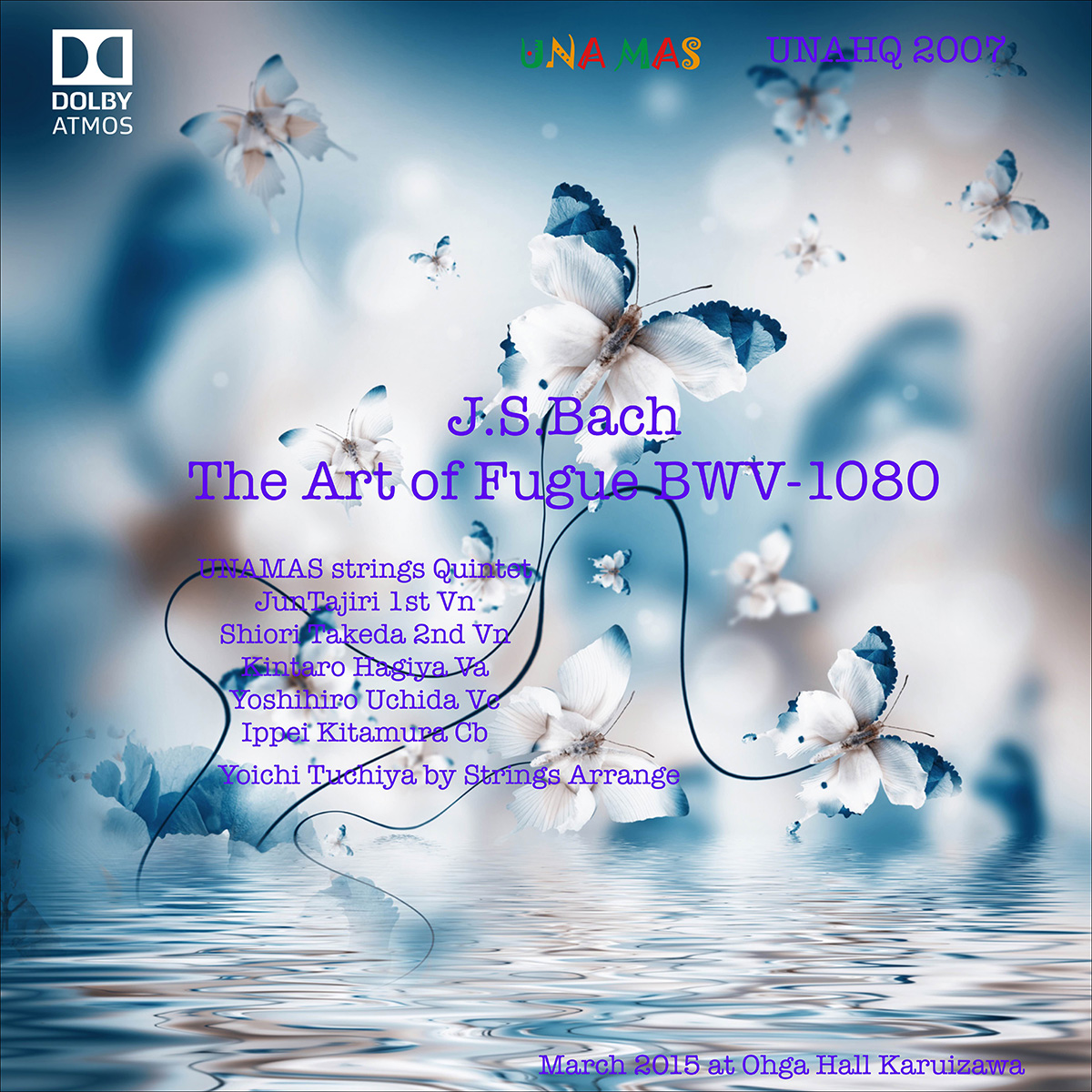 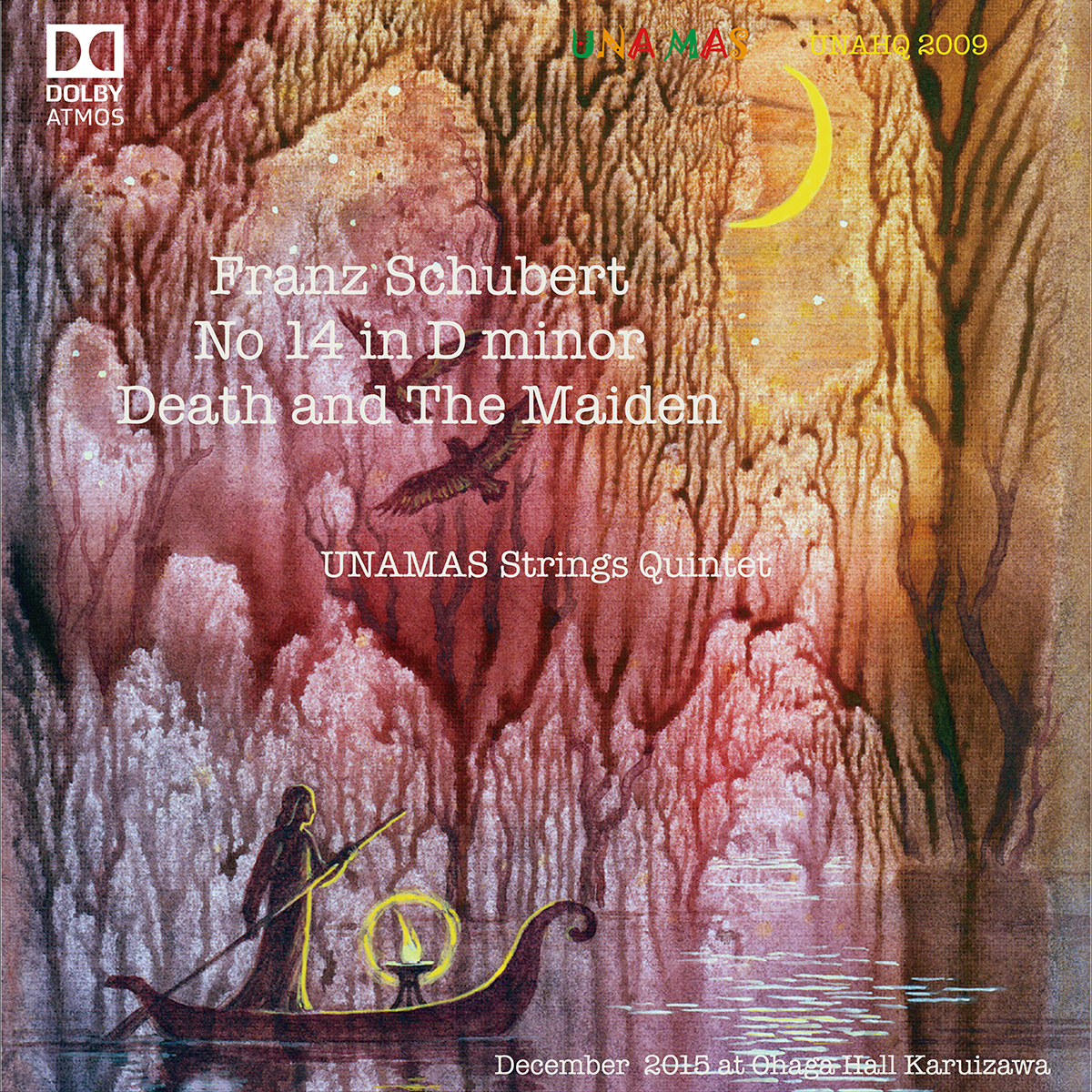 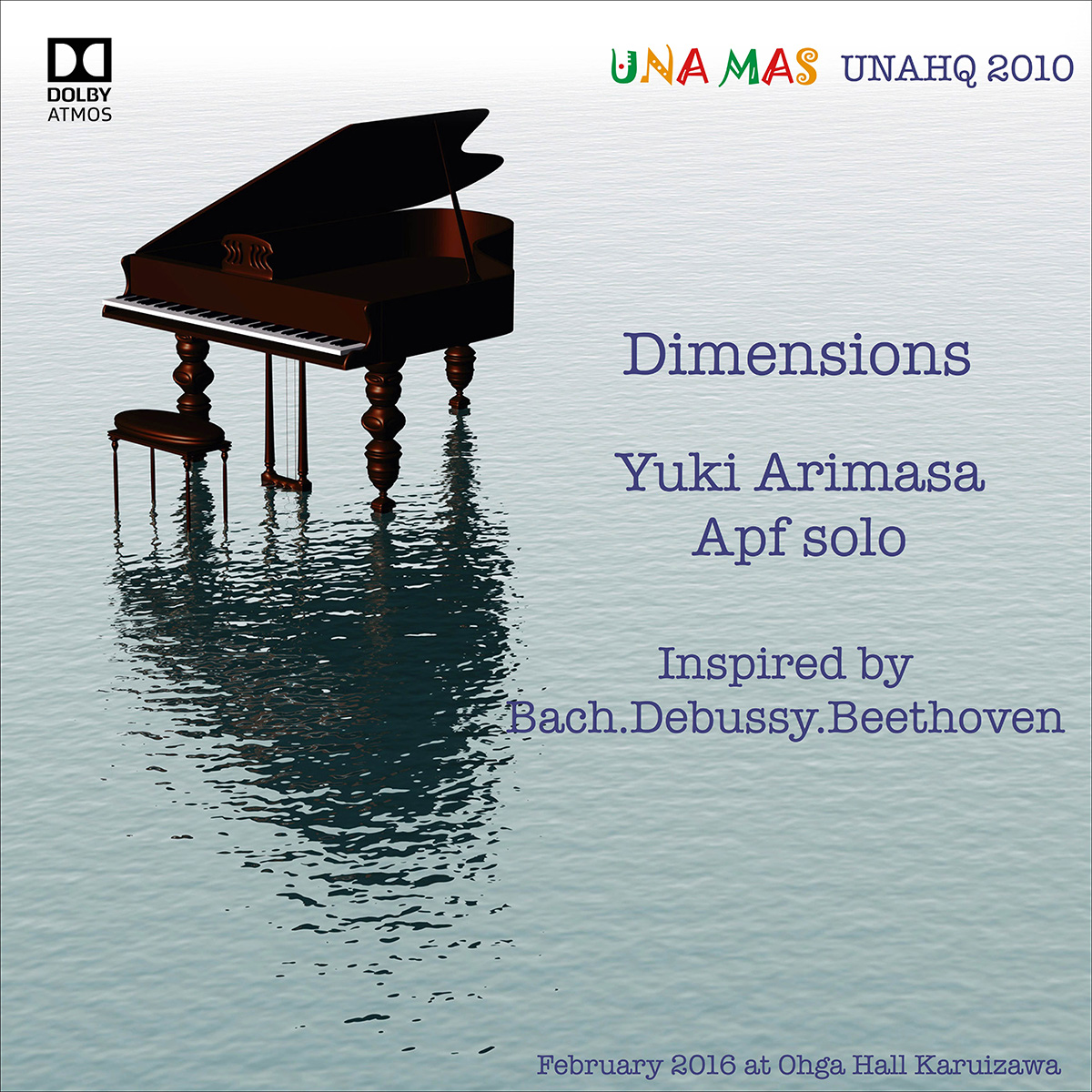 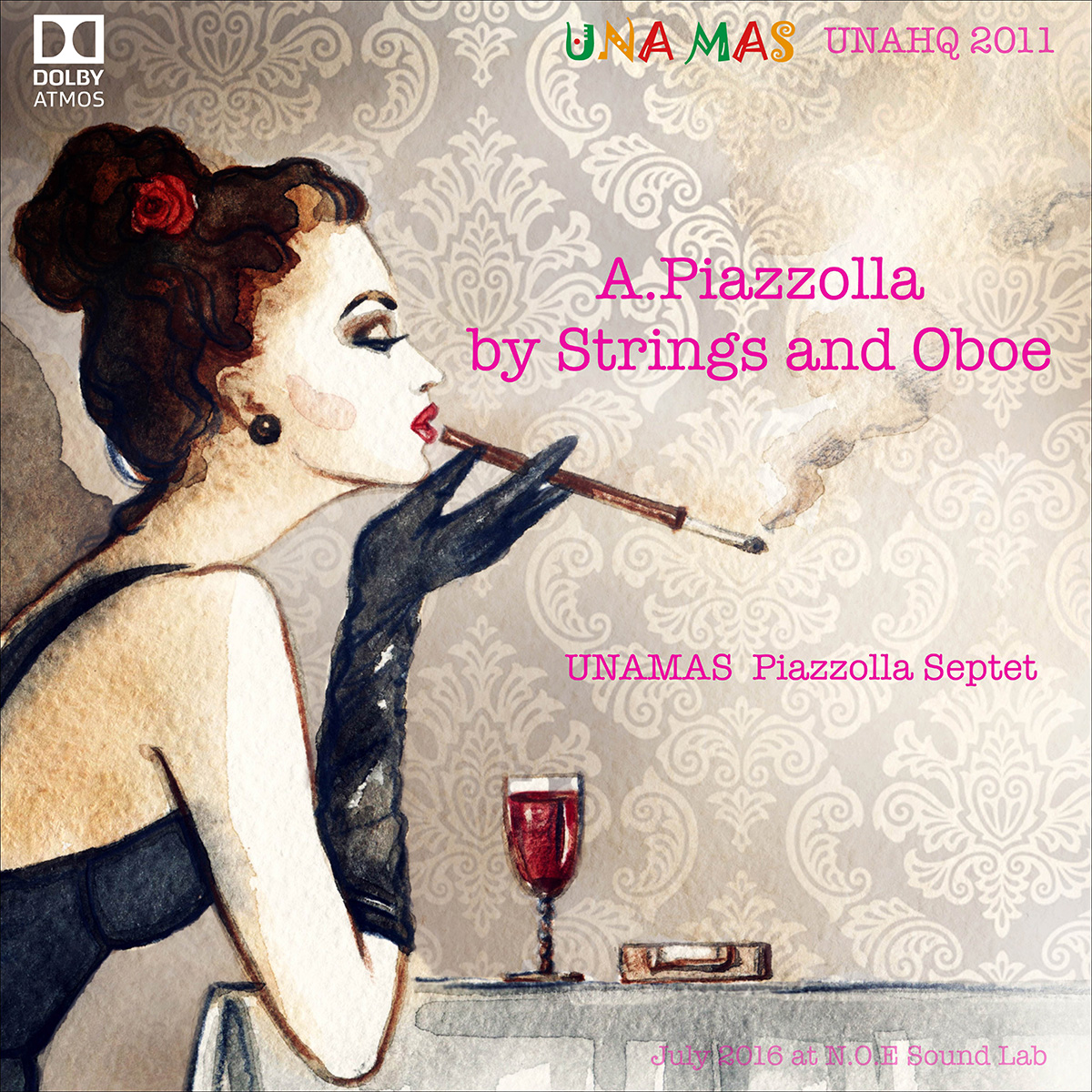 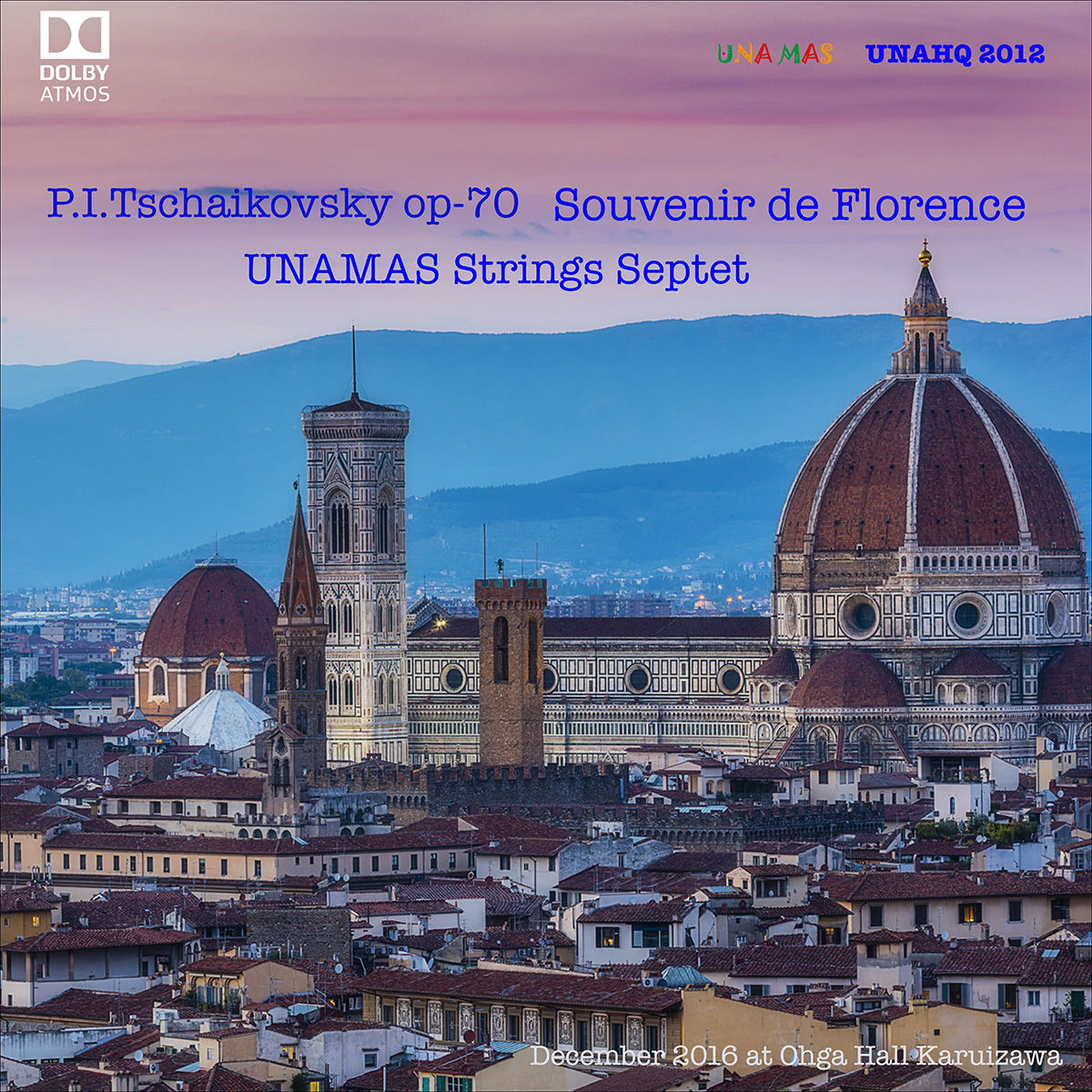 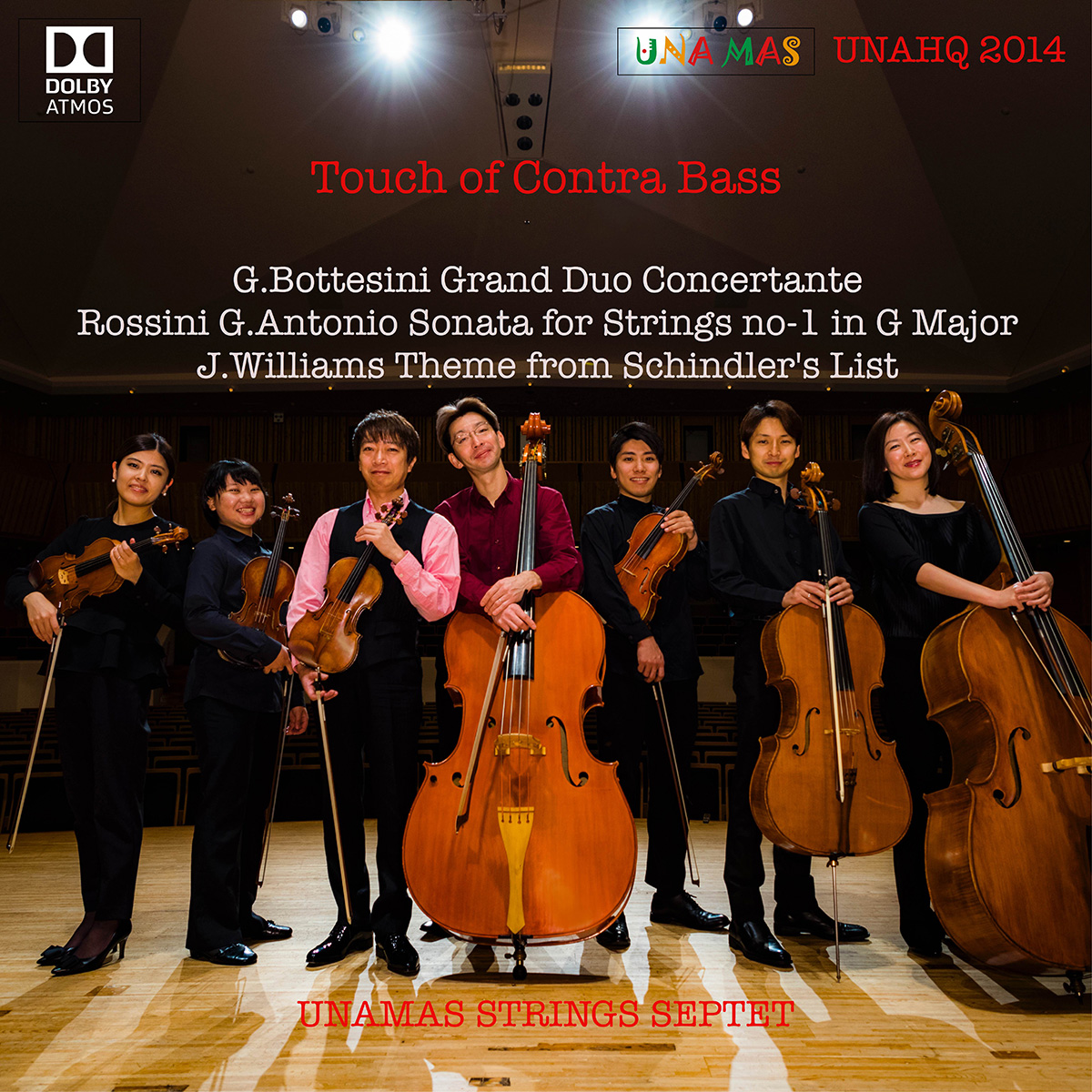 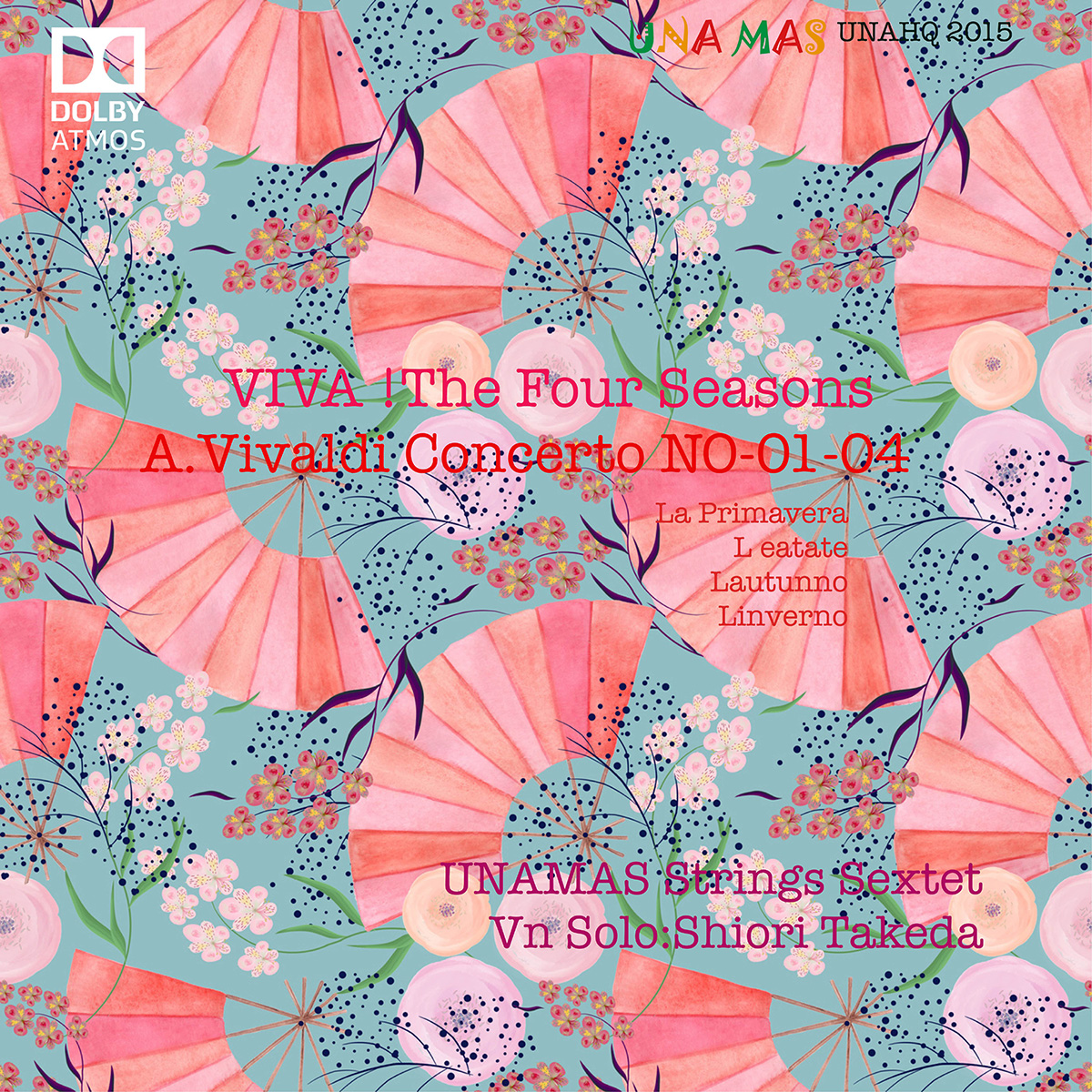 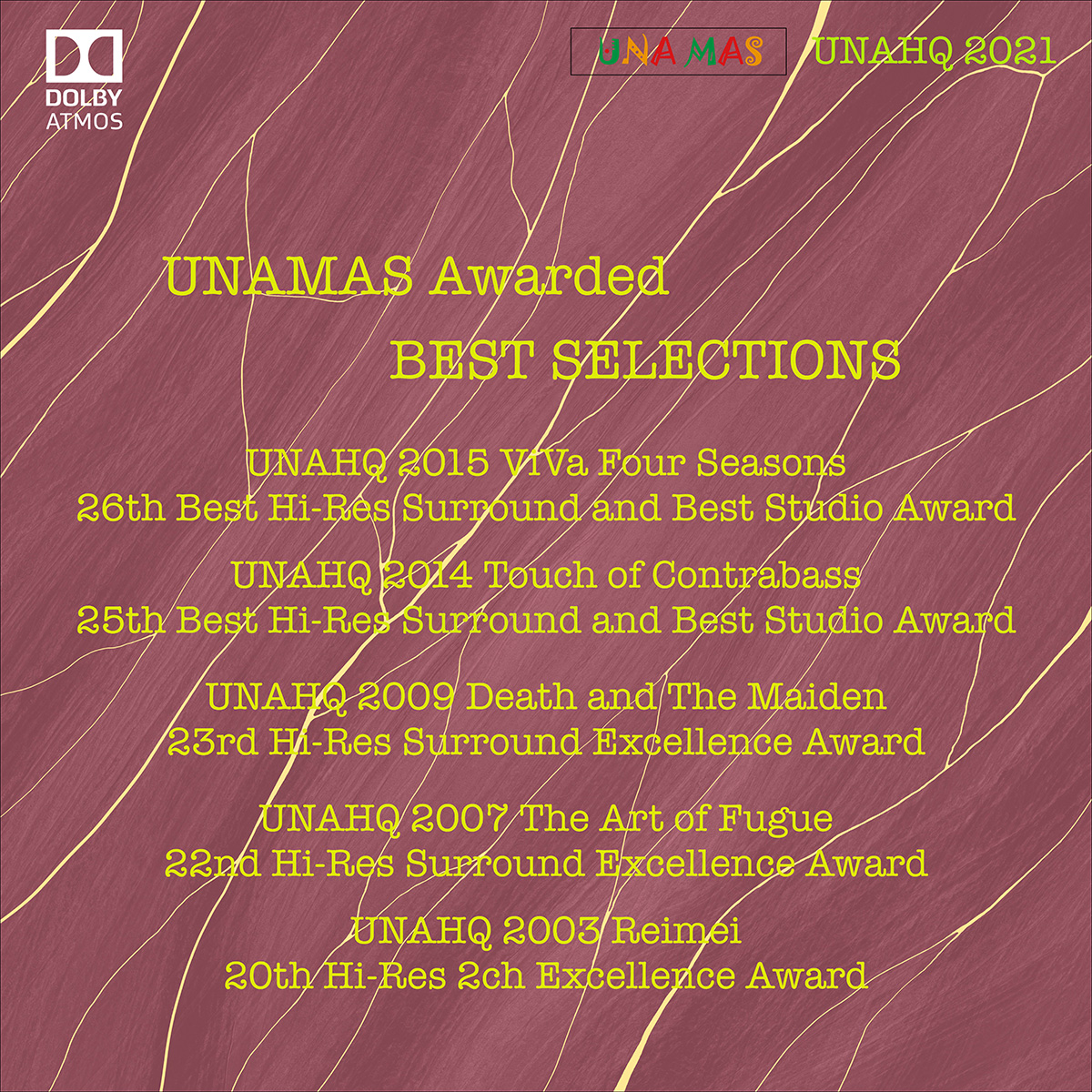 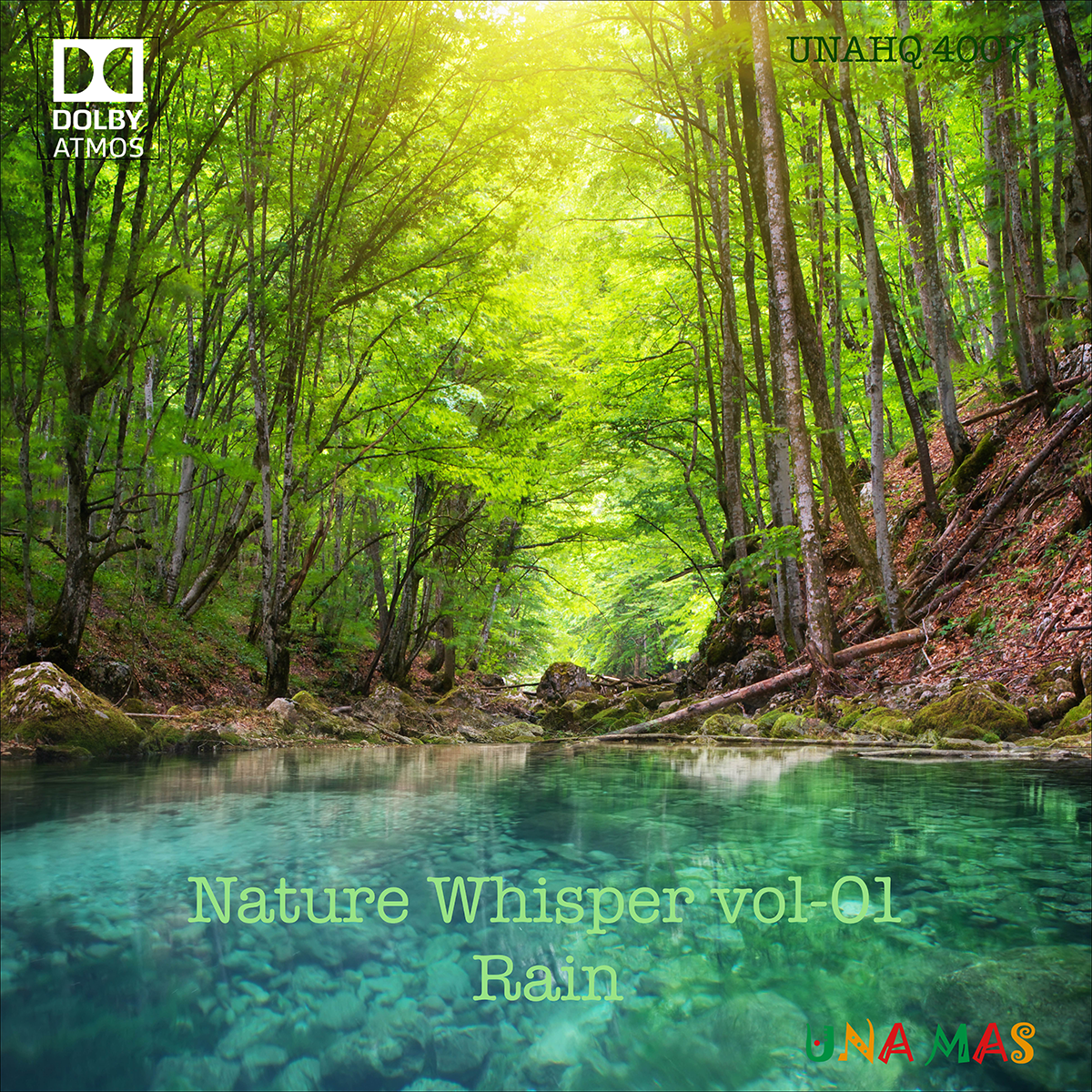