Prestige Installations for Merging in Poland

Major venues in Katowice and Lódz add Pyramix and Horus

Warsaw, Poland. June 2015: The National Polish Radio Symphony Orchestra has recently moved into new premises in Katowice. The NOSPR originally purchased Pyramix with a Sphynx DSD converter in 2005. A decision was made in 2011 to continue with Pyramix despite pressures to change. The impressive new building provided the perfect opportunity to increase the investment in Merging equipment by adding Horus units and more Pyramix units. Furthermore, to increase the productivity, two 8 fader Smart AV Tango 2 units were added to the installation.

The new recording/editing studios use two complete RAVENNA networked systems with two Horus units fitted with 32 inputs with AD8DP cards and 16 analogue outputs with DA8P - one installed in a server room and the second in a mobile rack for local and outside recordings. Two Pyramix MassCore 128 DAWs for PCM as well as DSD/DXD sessions, two Tango 2 controllers and set of audio plugins including a Cedar restoration suite and the latest plugins from Flux and VB. Alternatively the Horus can be connected to a Stagetec Crescendo console via MADI for PCM recordings.

The NOSPR is one of the oldest Radio Orchestras in Europe, having been established in Warsaw in 1934. Due to the destruction of Warsaw during the Second World War the orchestra relocated to the city of Katowice in the central industrial region of Poland. For many years the NOSPR performed in the old Communist Party Congress Centre but on the first of October 2014 the orchestra moved finally to new premises, an impressive complex of main hall, chamber hall and the recording and editing rooms.

The spectacular building is the design of Polish architect Tomasz Konior. The acoustic design was from Japanese company Nagata Acoustics who were recommended by Krystian Zimerman, a Polish pianist coming from the Silesia region, who participated in the opening concert on October 1st - International Music Day.

The city of Lódz has been the capital of the Polish textile industry since the war but it is perhaps even better known as the centre of the Polish Film industry with a famous film school where international figures like Roman Polanski and Andrzej Wajda started their careers. It is also the home of a famous Music Academy housed in the Poznanski Palace; a beautiful example of late XIX century Secession style. In the years 2012-2014 the Academy was extended with new buildings, one within the same area, which is a modern design combined with the old palace plus a completely new structure containing a modern concert studio and ballet premises.

In autumn 2014 the Music Academy issued a public tender for the delivery and installation of hardware and software packages for their old and new studios and classes. “We were aware the musicians and sound engineers there were focused on Mac technology with Digital Performer and Pro Tools”; commented Igor Pogorzelski - sales director at ProfiAudio, Merging’s Polish distributor. “The issue is Lódz Film studios work on Avid and Pro Tools systems and we found it quite tricky to work out a way to convince Music Academy personnel to opt for Merging’s Windows based networked technology. They also intended to purchase three Yamaha DM 2000 consoles for their recording tasks in three studios. We suggested a free one-day workshop in Lódz with our demo Horus, Pyramix DAW and a Tango2 controller. In addition, we connected our Horus to their Macs with Digital Performer enabling them to control these with the Tango. This convinced them to purchase 3 complete systems of a Horus with AD8D cards, Pyramix DAW with Merging’s Silent PC chassis and Tango controllers. This also proved to be more cost effective than the alternative solution.”

Now the Music Academy in Lodz, has at their disposal, the most advanced and future oriented audio system of all music academies in Poland and very likely in Europe. Additional controllers and Hapi converters for their mobile workstations are in plans for 2015.

“It was not easy to convince them to switch from a Mac working style to a Windows ecosystem,” commented Bogdan Zywek – ProfiAudio’s Pyramix expert and a former Pro Tools fan; “but with a bit of patience, it worked out at the end of the day.” 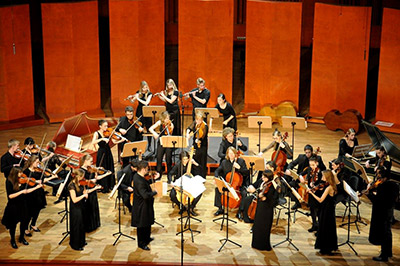 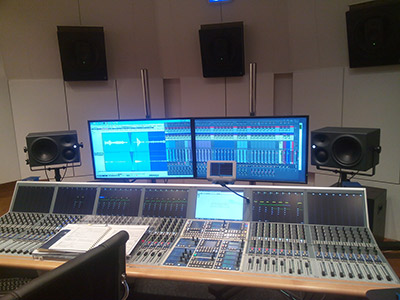