Puidoux, February 2018: A successful band setting up a studio is not particularly noteworthy, but when it is set up to record in DSD and features a 4K video stage, this is clearly unusual. Furthermore, this brand new facility is located on Nashville’s doorstep which is home to many famous studios, suggesting this is a bold move. DSD recording is relatively unusual for a conventional studio, although commonplace in the classical recording world with the majority of concert halls and opera houses being so equipped. This is no ordinary studio but, regardless of musical genre, DSD means Merging Technologies and in this case Pyramix MassCore with 2 Horus Networked Audio Converters.

The successful group behind this project is the Annie Moses Band, very much a family venture blending traditional American folk songs with a strong classical influence. Their live and predominantly acoustic performances influenced the design of ManAlive Studios. The idea was to be able to capture a live performance in the best quality audio and video which is not something you can typically do in the neighboring Nashville studios. The plan crystallized about 6 months ago and includes a 4,000 square feet sound stage with full lighting, six 4K cameras, Pyramix and Pro Tools HDX recording and an SSL AWS console. The idea is to have the ability to stream, broadcast or just record the music with or without a live audience. Flexibility and quick turnaround are key to the studio’s philosophy.

The ManAlive has only been open a few weeks following another successful tour by the band, but the first few recording in DSD have already been made. As with any new studio, the first challenge is to get familiar with the new equipment, so to have successful recordings completed already is impressive. The choice of DSD and Merging came as a recommendation from an engineer friend who suggested that this would be more akin to capturing “an event” on tape. This concept of ‘expanded realism’ was just what the band felt was needed.

“We have been extremely impressed by the depth and audio quality of DSD. It is creatively exciting and meets our own regular media needs, allowing us to do it as we are most comfortable - live and together in one space.”, Alex Wolaver, Studio Manager and Annie Moses Band member and producer commented. “These days, fans have given way to followers — and the job of the artist has shifted from making one album every year and a half to being a Content Creator releasing a steady stream of content weekly, or even daily. Recording live speeds up that process and feeds the social media machine.”

Scott Dupre is the Senior Audio Engineer and also part of the family and he explains the technical approach in more detail; “ManAlive Studios is a production facility marrying hi-resolution audio and video workflows with the immediacy of today's social media demands. The live room features 6 Blackmagic 4k cameras and 40 I/O of Merging Technologies Premium DSD preamps and converters; the studio can easily produce a full live band, with a live audience, streaming live to the web, with DSD quality audio capture and a 4k video workflow. The audio package is geared towards the artist who desires an honest, lush, and three-dimensional sound. The center of the control room is a 24 channel SSL AWS console that handles analog mixes and all the necessary monitoring. The combination of the Merging preamps and converters through the SSL’s transparent bussing and into a pair of PMC TwoTwo8s results in a near holographic soundscape that is very revealing. The studio includes both a PC/Pyramix and a Mac/Pro Tools workflow with DAW Eucon control provided by an Avid S3.” 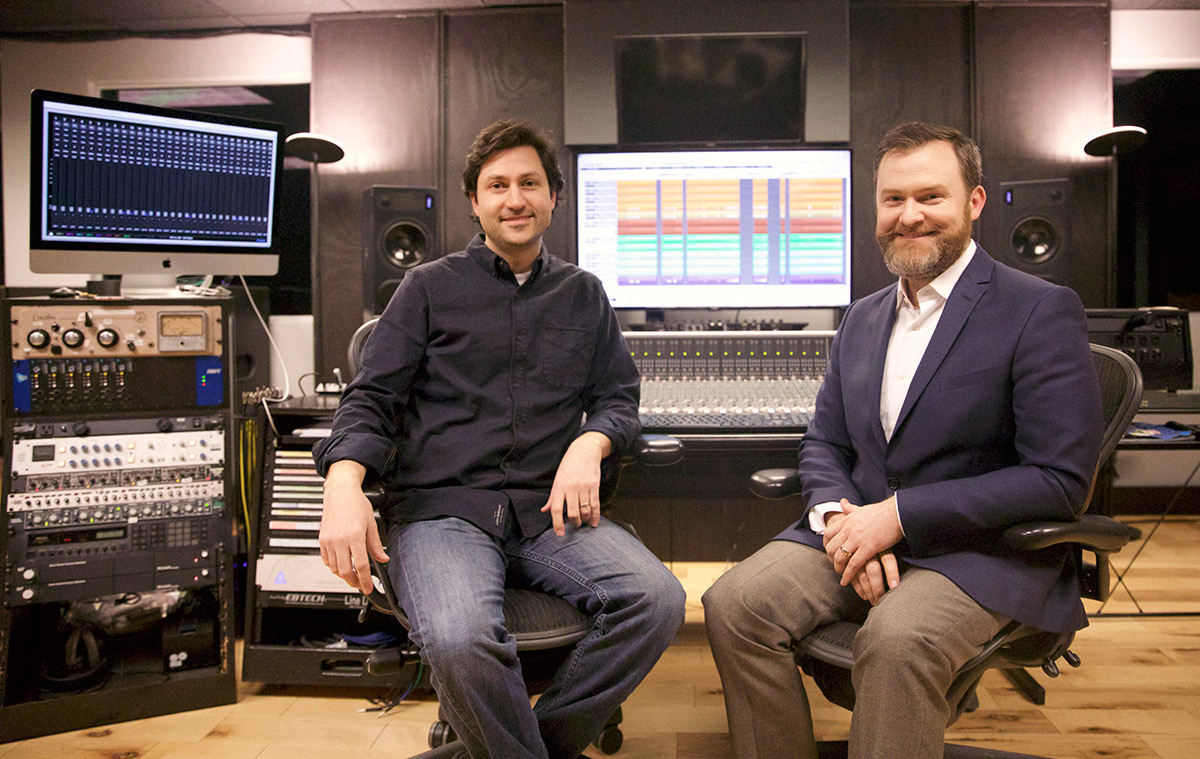 Alex and Scott from ManLive Studios 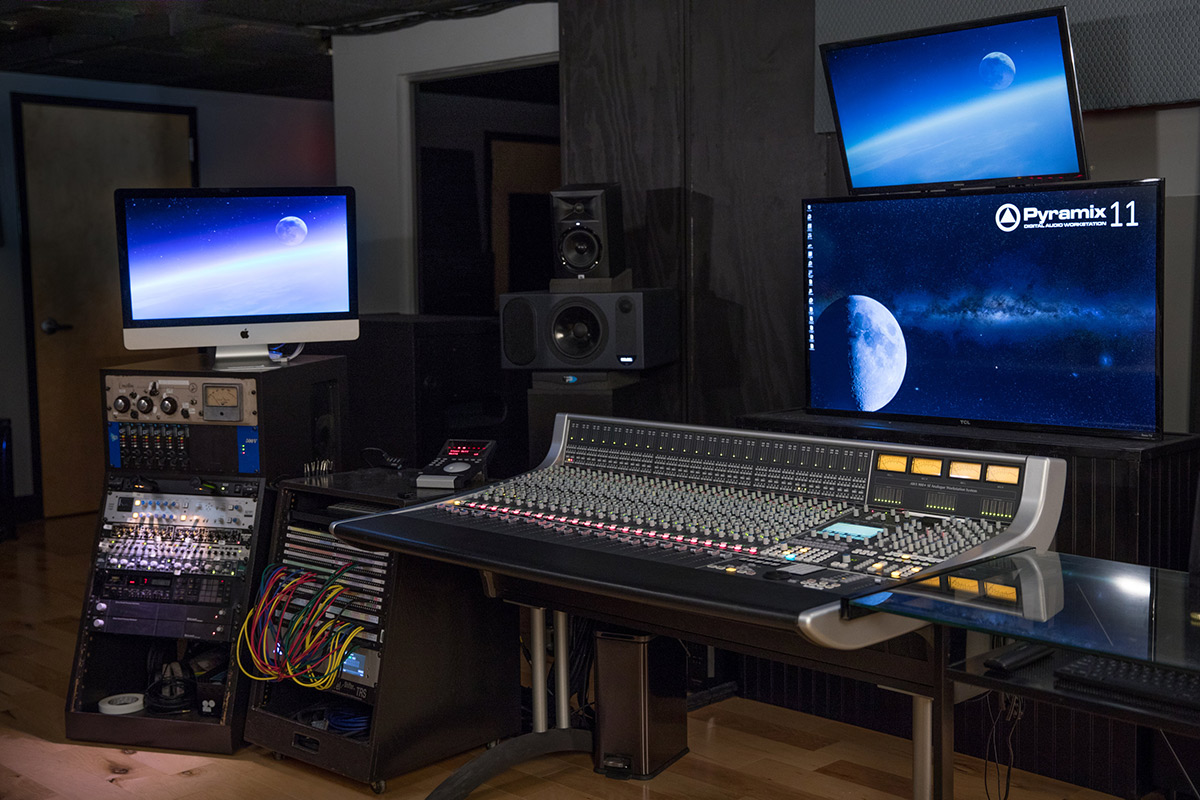 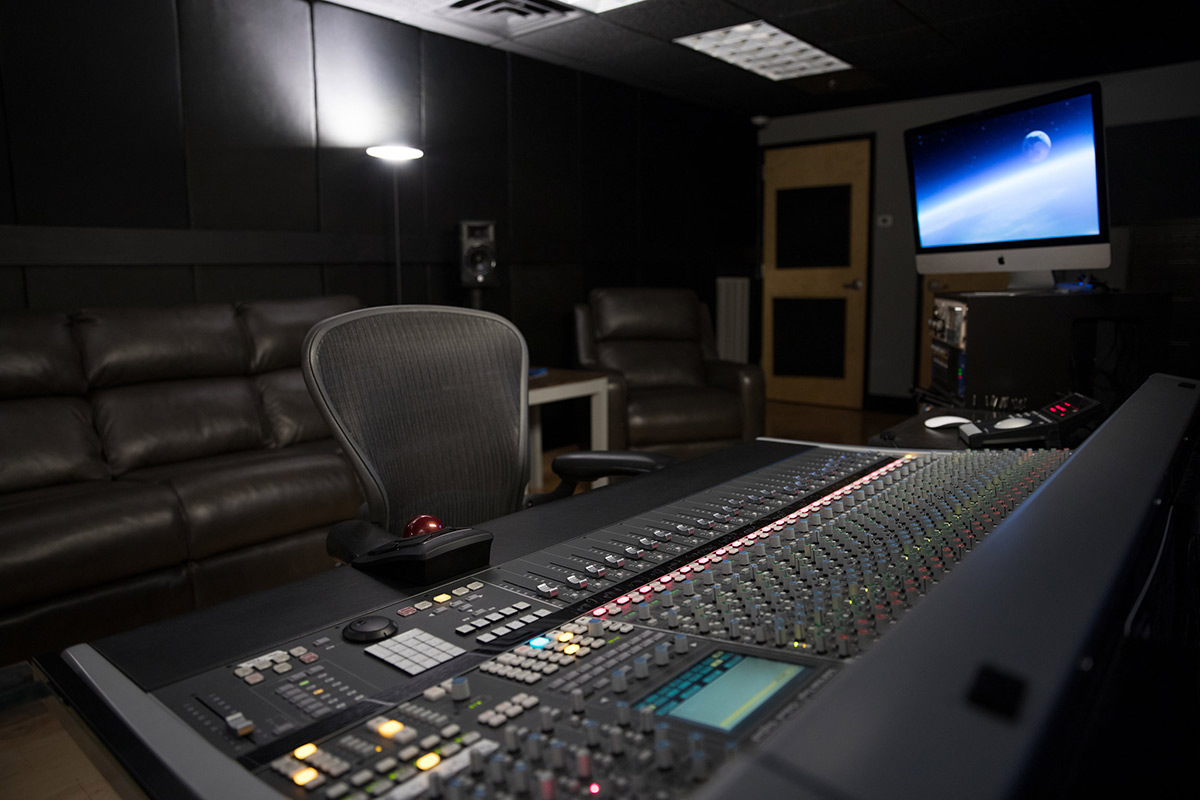 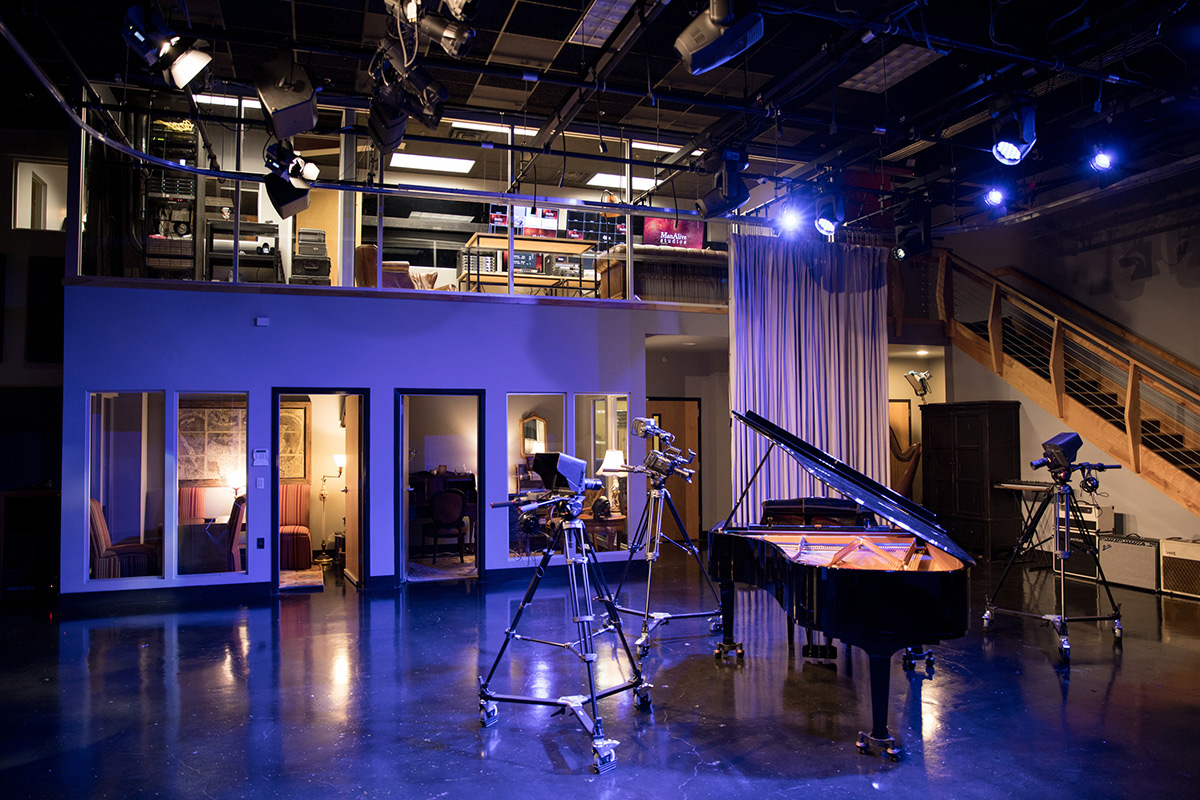 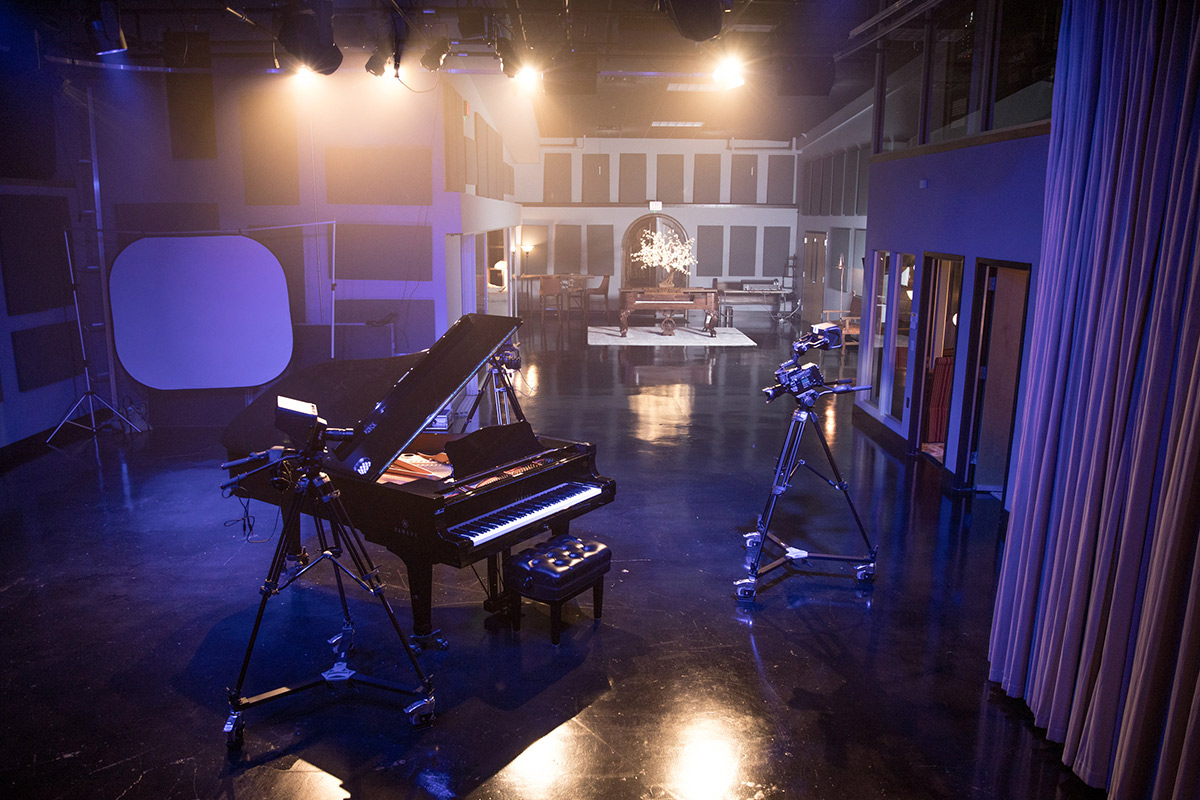 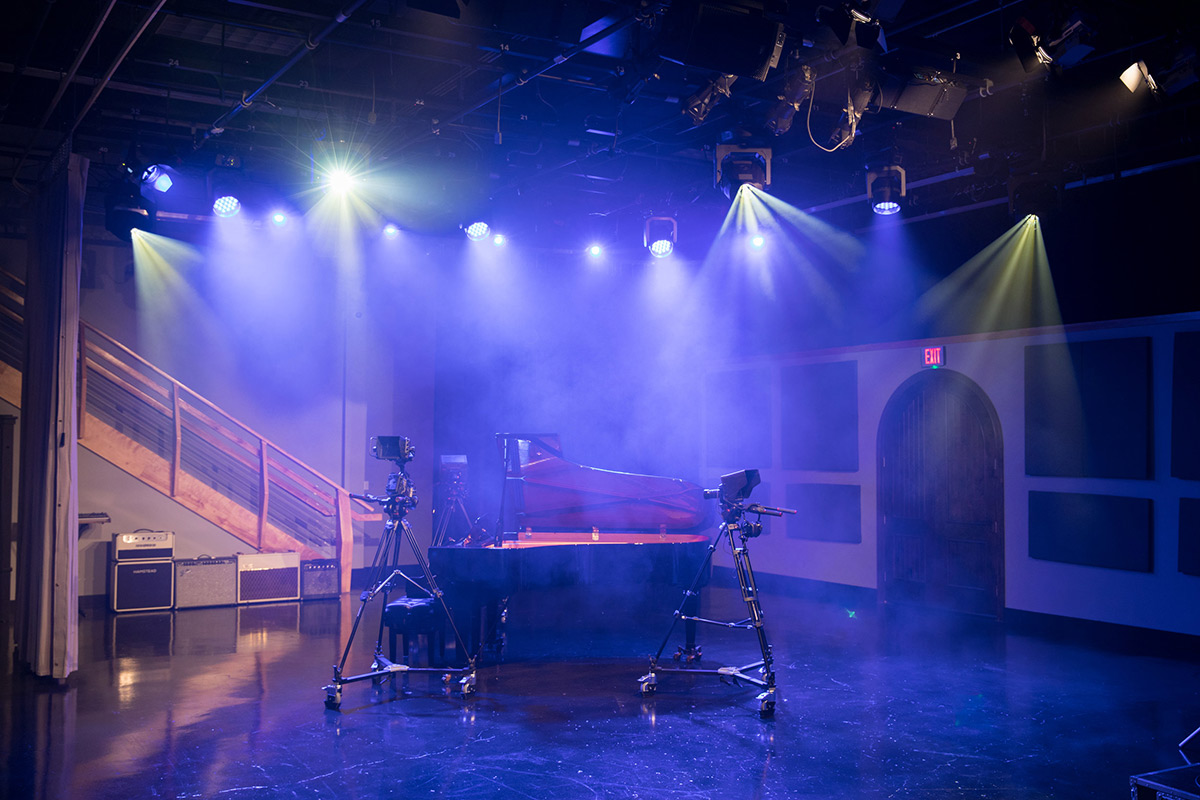 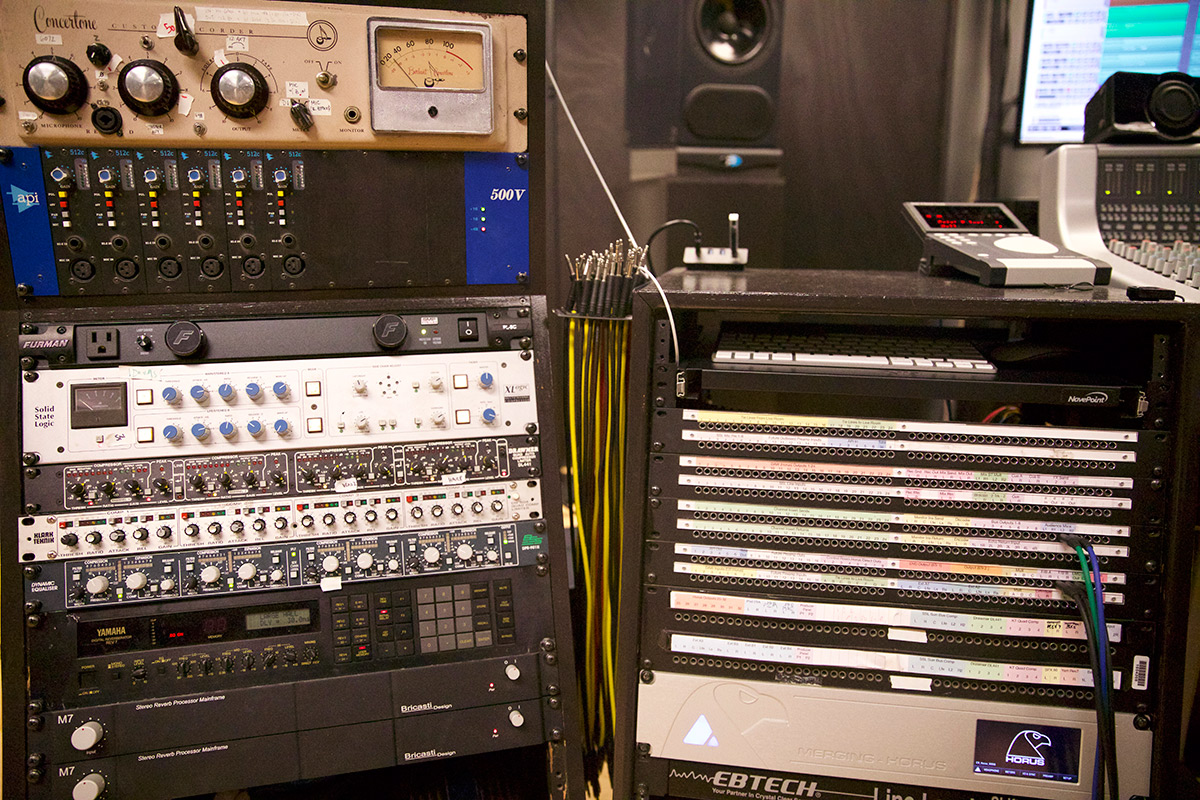 ManAlive Studios was created to meet the needs of today’s artists. Rather than holding on to an obsolete model that separates the audio process from the visual, ManAlive Studios merges the worlds of music production and video production – shortening the time cycle required to generate finished content of first-class quality. Cameras all tied into a cutting-edge broadcast suite. From here, we can livestream your next release party (with room for a studio audience), online concert, or even capture your next album in record time… the way they did it in the golden era of music recording - together, live, in one room.

When you're done you can leave with a live broadcast mix with a live-cut video, or take your multitrack and isolated cameras back for later editing in post. The end result is a drastically shortened timeline from concept to finished product. One day in ManAlive Studios can deliver your next batch of singles and music videos, providing you with weeks or months’ worth of content.
www.manalivestudios.com
www.anniemosesband.com
www.youtube.com/user/anniemosesband/featured