London, 10th September 2012 - Australian event experts, Norwest Productions just completed their latest Olympic triumph. Last night’s closing show for the Paralympics was the latest in a remarkable run of major events managed by Norwest since the Sydney games in 2000. Since Athens in 2004, Pyramix has been literally running the show. Merging Technologies’ flagship DAW plays back the pre-recorded audio for the show and the timecode output drives the broadcast and event timing.

Danny Boyle’s acclaimed opening show required a far more complex set-up than previous games so the Pyramix was expanded and upgraded before the event to allow 128 channels of audio to be played back. The job of specifying what was needed fell to another member of the team, Auditoria’s Scott Willsallen, who had responsibility for the total audio installation in the stadium and the sound designer was Bobby Aitken. Norwest provided the technical heart of the installation but more equipment and expertise was provided by local companies Delta Sound, Britannia Row and Autograph. The output from the Pyramix was fed via two MADI streams into the Digico SD7 console. The timecode channel was fed to the lighting, video playback, broadcast and pyrotechnics as well as being used by the stage managers and directors to cue talent and live events. The man with his finger on the trigger is Trevor Beck who has been in a similar position several times before and he had this to say, "Pyramix has repeatedly proven to be rock-solid. I have to have confidence that everything will work every single time I hit the play button. Pyramix has some very unique features over other programs that enable me to be incredibly flexible with shows live, and with billions watching these events, you have to get it right no matter what happens on the field, you can’t be limited by the software."

Adrian Riddell, Norwest’s General Manager and project leader at many of the major events, explained that the original choice of Pyramix was made before the Athens Olympics when it seemed that it was time to make the move from less reliable dedicated audio machines. Choice was relatively limited at the time and some of the options were out of reach financially so Pyramix seemed to be a good choice. This has proven to be case in reality and not just from the reliability standpoint. "One feature that is tremendously useful for these shows is the ability with Pyramix to drop seamlessly in and out of loops. If something takes a little longer than expected, we can programme in holding loops for the scene which can be activated at will. When it is time to move on, we can drop out of the loop and the time code continues. It is hard to imagine life without this now."

Merging Technologies’ President, Claude Cellier remarked, "We are tremendously honoured that Pyramix is such an integral part of these enormous events. This relationship with Norwest is highly valued and our Australian partner, ATT Audio Controls has been critical to this success throughout the years. It is humbling to think that the enjoyment of billions of people depends on one of our products." 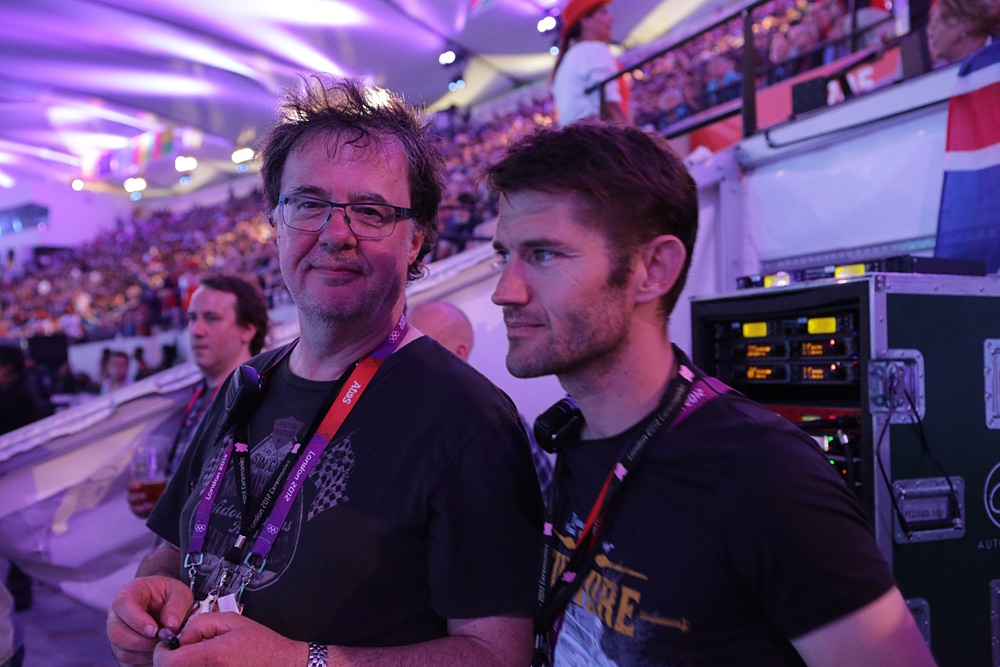 From left to right: Bobby Aitken (sound designer) and Scott Willsallen (Auditoria) who had responsibility for the total audio installation in the stadium 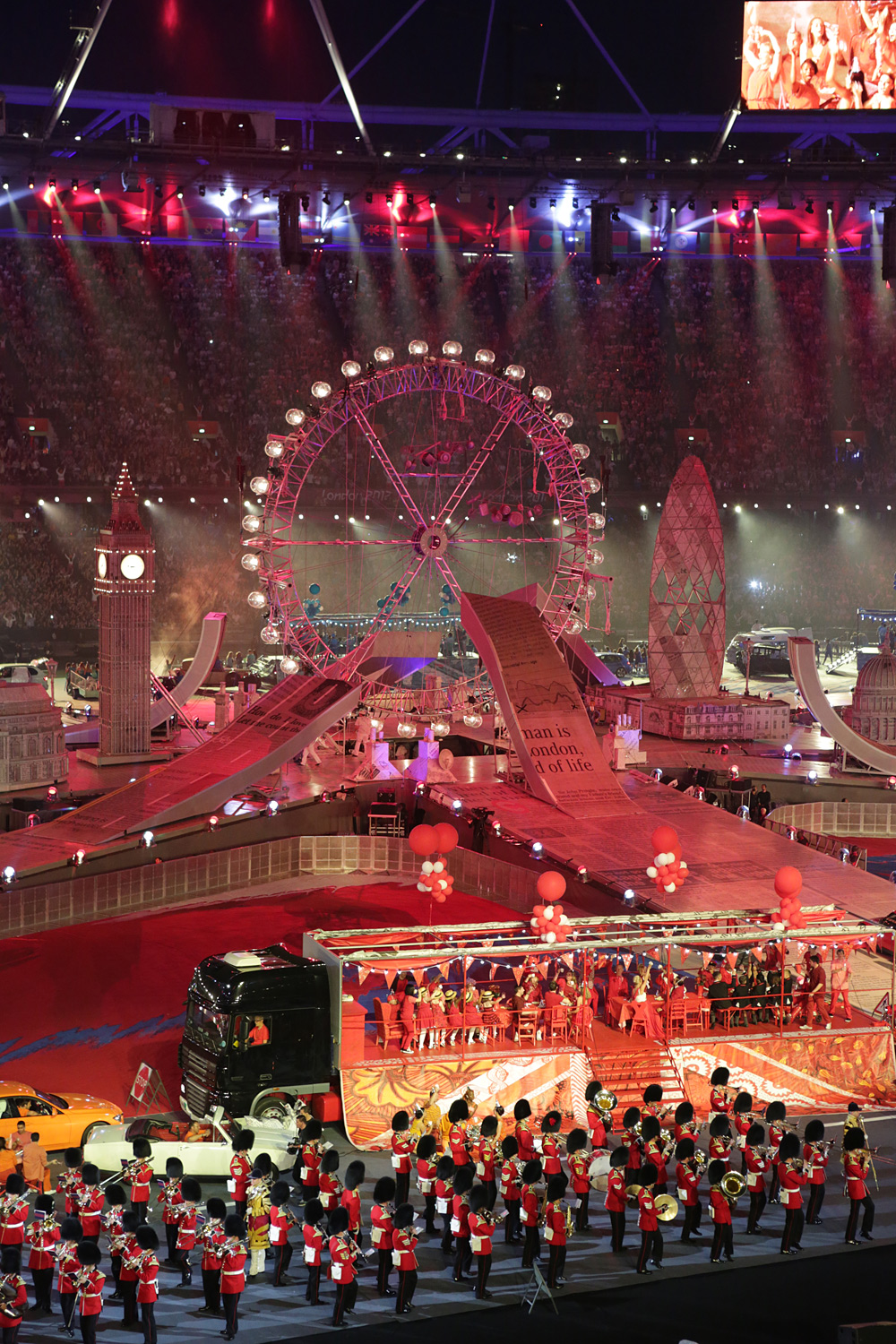 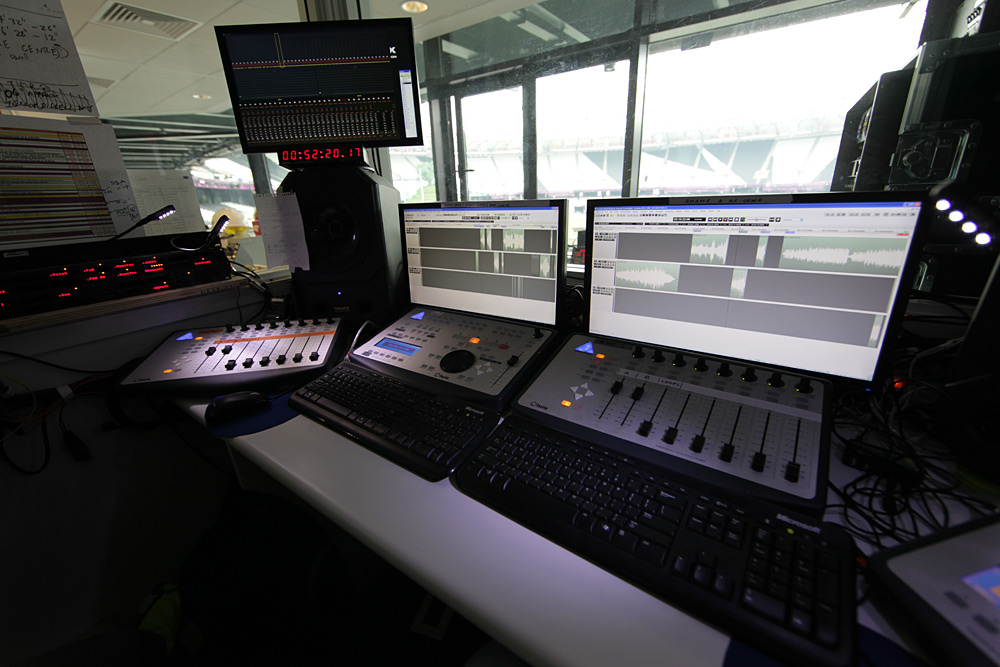 Show time: the Olympic Pyramix and Isis controllers in action 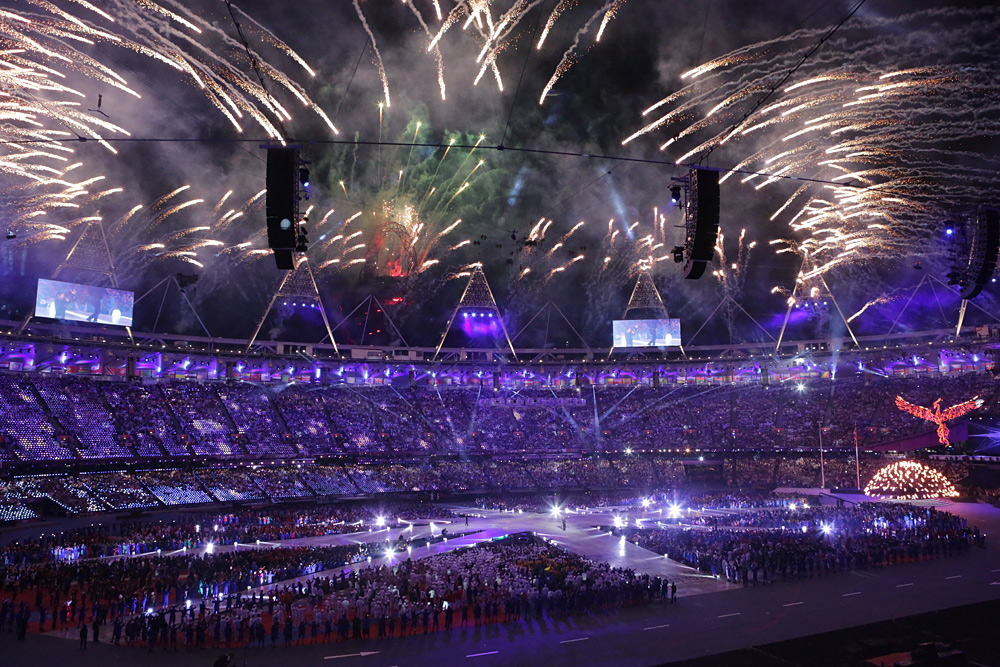