Hapi joins the rapidly increasing number of hardware products that utilise RAVENNA Audio over IP networking technology. This AES67 compatible, Layer-3 IP protocol has already had a huge impact on users of the Horus converter, which is now firmly established as one of the most versatile and best sounding AD/DA units available. It was only a matter of time before the family expanded. Booth #C3239 will be the place to see both these products in action.

Hapi utilises the same analog I/O option cards as Horus but in a compact 1u chassis with two card slots. This reduction in size and cost make Hapi the perfect partner to Horus where fewer inputs or outputs are required and it provides a low cost entry point into the RAVENNA/AES67 world. Once again, digital connectivity is a major asset of Hapi.

Simultaneously, the long awaited CoreAudio Virtual Sound Driver joins the ASIO option to allow users of any Mac or PC software to enjoy the benefits of RAVENNA and the ability to add other AES67 enabled products to the network. The spectacular improvements in audio quality offered by the Merging converters can be enjoyed without the need to invest in any additional Merging hardware or software. Any DAW or workstation can connect to Hapi or Horus and enjoy the benefits of remote control from a web browser that can not only control the microphone inputs, but can manage the MADI, AES/EBU and RAVENNA streams via a single Cat 5e cable. The importance of providing a gateway for Mac OSX users to enter the RAVENNA/AES67 world should not be under estimated.

Other major news for NAB is that the new 64-bit versions of Pyramix, Ovation and VCube will also be on show and already available. Apart from offering significantly enhanced performance with MassCore options, V9.0 Pyramix sees a completely revised mixer UI and a number of serious feature improvements aimed at the post production user. Just as V8.1 Pyramix coined the slogan “Recording Redefined”, V9 is “MassCore Unchained”. The full advantage of this exceptionally powerful mixer can really be appreciated with 64-bit under the hood. This also opens up a powerful selection of VS4L and VST 64-bit plug-ins from companies like Flux, Vincent Burel, Algorithmix and AudioEase to further enhance the 64-bit world.

Ovation 5 builds on the position as the premier Audio and Show Sequencer for broadcast. This solution coupled with Horus was used in the recent NBC Sports coverage of the Winter Olympics in Sochi and has found favour with other leading North American broadcasters like Bell Media in Canada.

VCube remains the video solution of choice for many of the world’s audio post studios. Also benefitting from a 64-bit makeover and some feature enhancements, VCube 5 joins the NAB party. 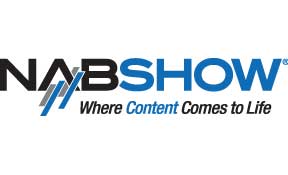